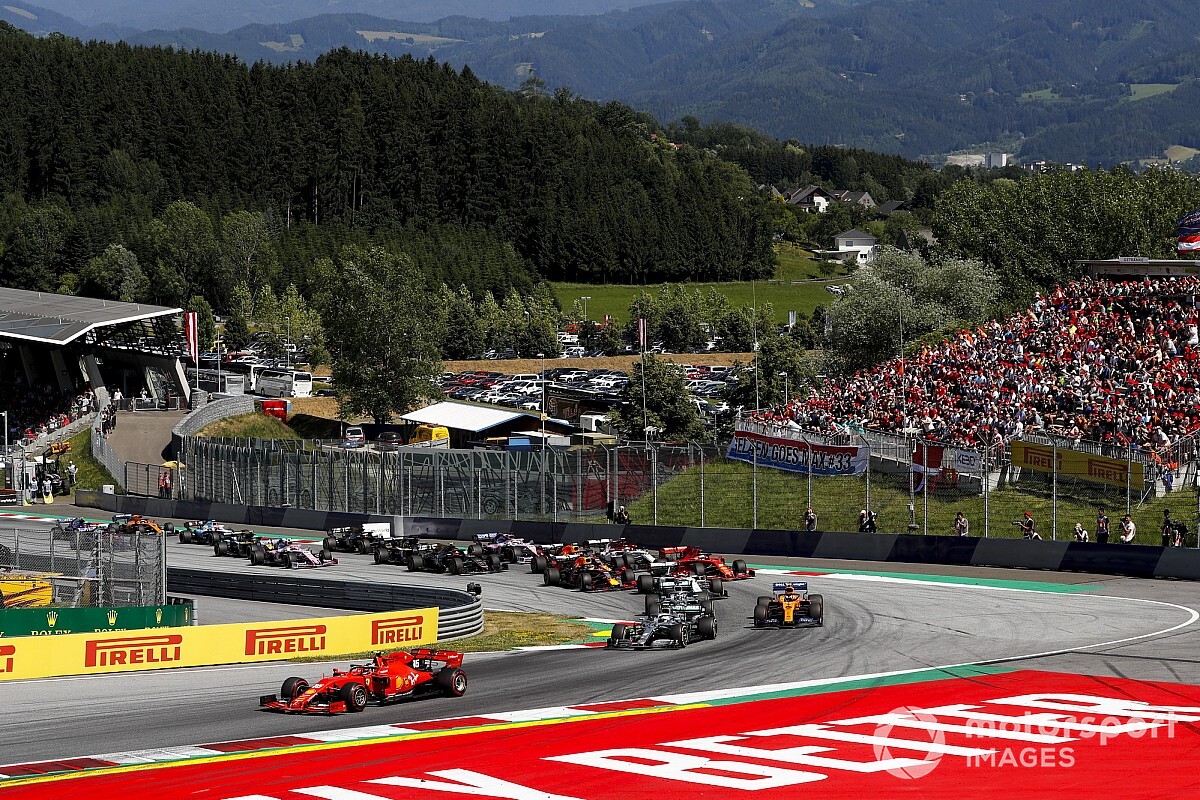 The 'draconian' health protocols being planned for the Austrian Grand Prix could become the blueprint for how other venues hold Formula 1 races this year, says Red Bull boss Christian Horner.

Red Bull Ring chiefs are pushing on in their hopes of holding the F1 season opener on July 5, providing that European travel restrictions have been eased in the wake of the coronavirus pandemic.

A number of proposals have been put forward, including a ban on fans and media, strict isolation for F1 personnel from the local community and extensive testing of those at the venue.

Speaking exclusively to Motorsport.com about the Austrian GP plans, Horner said: "Red Bull are really committed to getting the championship off the ground. They have put in huge effort to get the race under way in Austria.

"It's a circuit that's owned by Red Bull, so it's obviously within their control, but they're working with the local authorities and the government.

"Of course the screening and testing and the restrictions that are going to be in place are going to be pretty draconian, but if it allows the sport to start up again, I think it will be a blueprint for other circuits to follow."

"So there's going to be some quite strict restrictions. I'm sure there's gonna be a lot of testing, a lot of screening, and we won't be interacting with the local community as well.

"I think that there are going to be procedures in place that are designed to protect most of the competitors, and also take the necessary precautions for the hosts of these races as well, so it's not going to be a standard Grand Prix format by any shape or form."

Although some remain doubtful that F1 will be able to resume at all this year, Horner thinks that at least some races will happen.

"We're a race team, and we need a championship to race in. It's unimaginable not to go racing this year, and I think it would be enormously unlikely for there not to be an event take place, or a world championship to take place.

"You can see it's gathering momentum, the last couple of weeks, trying to put scenarios in place to try and get going. I don't think there will be a scenario where we won't race at all this year."

For more on Horner's view on F1's response to the coronavirus crisis, and the future of the sport, see Autosport's podcast.

Racing Point: F1 cost cap can be a performance "leveller"