The Mercedes Formula 1 team has dismissed speculation that its new black livery could compromise the cooling of its 2020 F1 car, stating the new colour scheme has “no effects" on the car's temperatures.

With Mercedes opting for an all-black livery in its W11 F1 car for 2020, speculation mounted that its black livery could have a negative effect on cooling compared to the traditional silver colour scheme it has been using since its works F1 return in 2010.

According to Mercedes’ Strategy Director James Vowles, the Brackley team has not found any evidence during last weekend’s season-opener in Austria that its black colour scheme has an influence on the temperature of any of its car’s systems.

“It doesn’t [influence temperatures]," Vowles explained on Wednesday in the team’s Austrian Grand Prix debrief. "Inside the engine cover there’s actually a silver lining, a heat resistant lining, and that is in place irrespective of the outside colour.

"But we can’t see any difference on our radiator temperatures or other temperatures of core systems within the car as the result of the paint colour externally.

"There’s a little bit more reflection that should exist really with a lighter colour, but the reality is, it has negligible effects or no effects on our system temperatures.”

Before the weekend, team boss Toto Wolff suggested that the effects of the striking new livery were “a bit of an unknown” to Mercedes, but added that the team would not allow its performance to be compromised.

"At the end, the messaging and the marketing is very important, but if performance is being harmed, that’s obviously not great,” Wolff said. 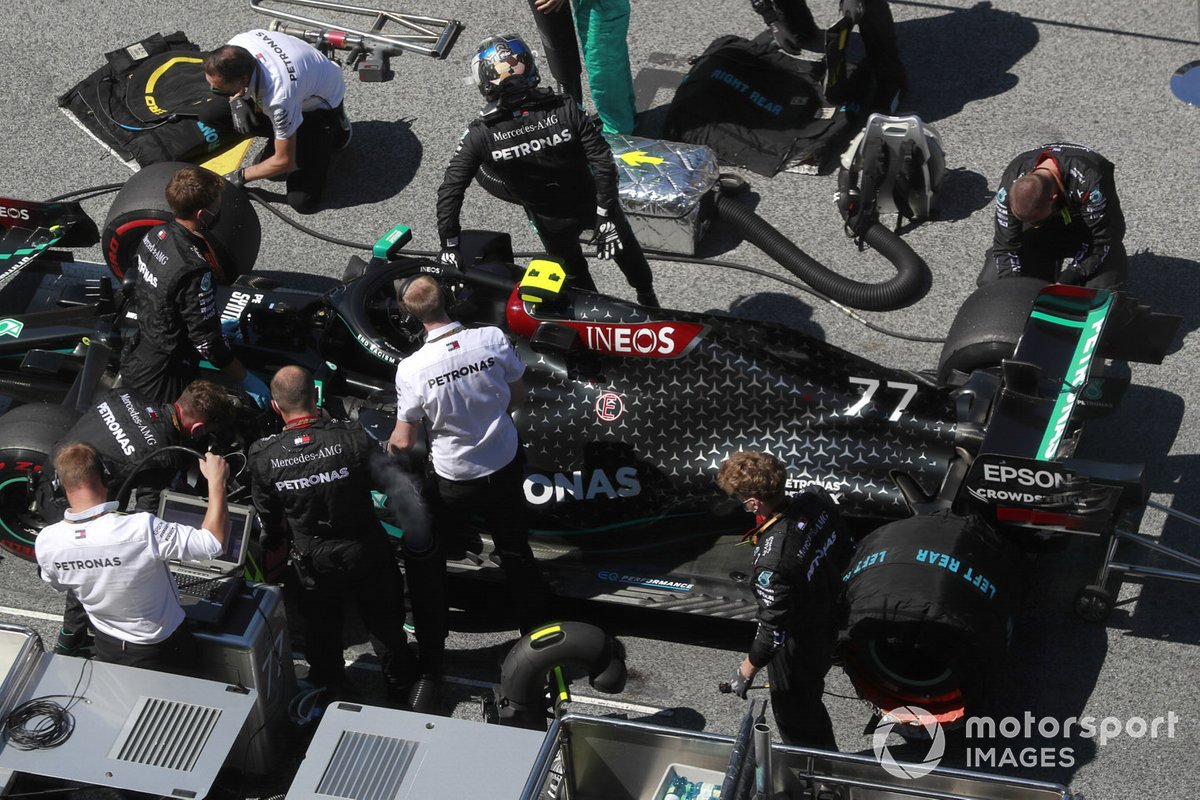 In Austria Valtteri Bottas and Lewis Hamilton finished first and second on the road despite managing an electrical issue inside the gearbox, although Hamilton was demoted to fourth after being handed a five-second penalty for a collision with Red Bull’s Alexander Albon.

Mercedes launched its all-new look, which will remain in place for the entire 2020 Formula 1 season, in the week ahead of the race as part of its bid to tackle racism and promote diversity.

Six-time world champion Lewis Hamilton played a key role in Formula 1's We Race As One campaign and was a central figure in the End Racism messaging on the starting grid. Hamilton and the majority of his F1 colleagues also took a knee during the pre-race ceremony.