Main Photos Illustrations
Previous / F1 2020 game review: Does My Team live up to the hype? Next / Raikkonen: Vettel/Ferrari problems not as big as made out
Formula 1 Analysis

Ferrari has brought a new set of front wings for the Styrian Grand Prix, having fast-tracked select updates due for Hungary to address its Formula 1 car’s design troubles.

Having struggled for pace in pre-season testing, Ferrari struggled at last weekend’s Red Bull Ring race with only Charles Leclerc making it into the final part of qualifying as Sebastian Vettel qualified 11th.

Although Leclerc captured second in the race, Ferrari lost 0.9s in qualifying compared to the Monegasque’s pole time last year.

Having planned a swathe of upgrades for the Hungarian GP to overhaul the performance of the car, Ferrari has accelerated its front wing development program to have the new design ready for the second round in Austria – as seen in Giorgio Piola’s images.

Ferrari, having pioneered the squarer footplate tunnel last year, has reverted to a rounder geometry for this round.

However, this flattens out as the air progresses further back, releasing the rotating airflow produced by the tunnel sooner.

Ferrari has flattened this rear section out further on the new wing, allowing the fin placed on top of the footplate to be larger in size.

The lip at the trailing edge remains the same to trip the airflow upwards and outwards.

There also appears to be detailed changes to the inclination of the front wing elements as Ferrari seeks to overhaul the nervousness of the SF1000 in the slower corners, as seen below. 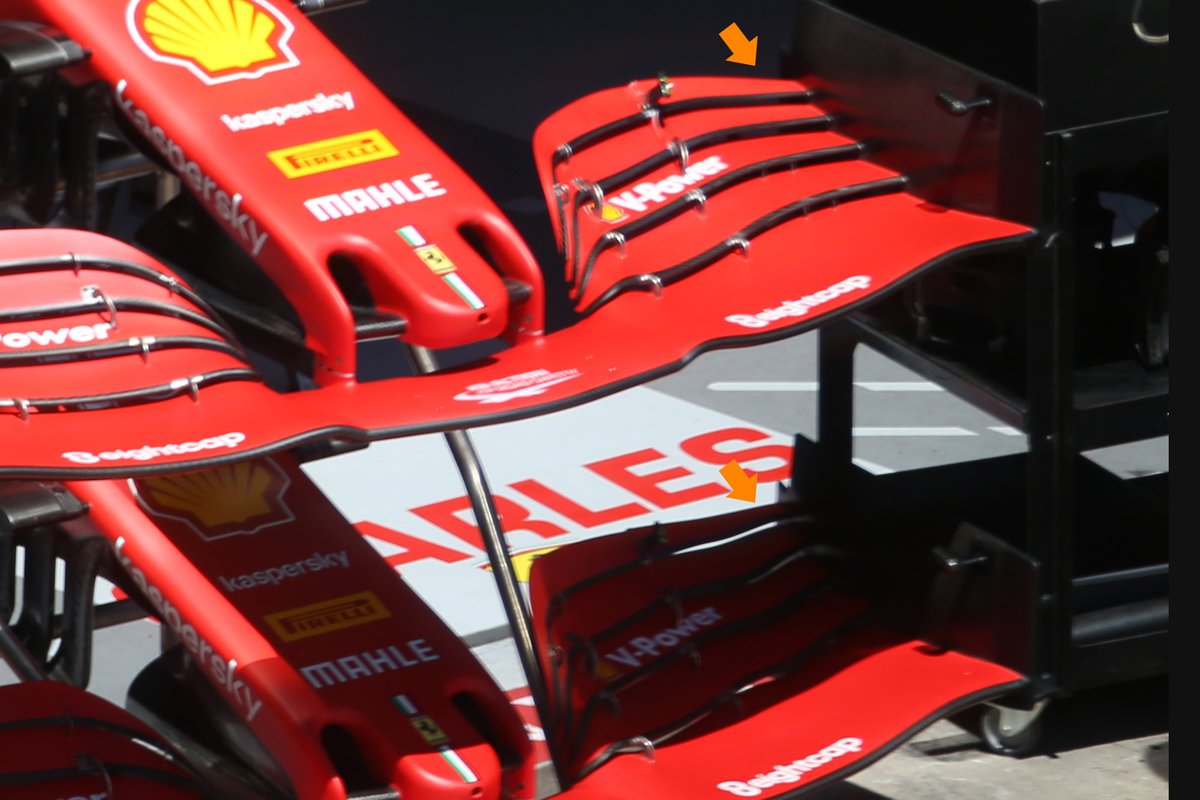 Compared to the old design (the bottom wing), the new design’s (top) wing elements have a more gradual transition to the endplate, with a reduced amount of twist.

A continuation of the inboard-loaded aero philosophy, where Ferrari aims to generate the majority of the downforce on the front with with the inner part of the wing, the outboard section can be shaped to encourage air to pass around the front wheels.

The new design seems to be a bid to change the way that airflow shifts outwards.

Ferrari will trial its new aero parts in Friday practice to determine whether they are a sufficient step up on the specification of wings used at the start of the season. 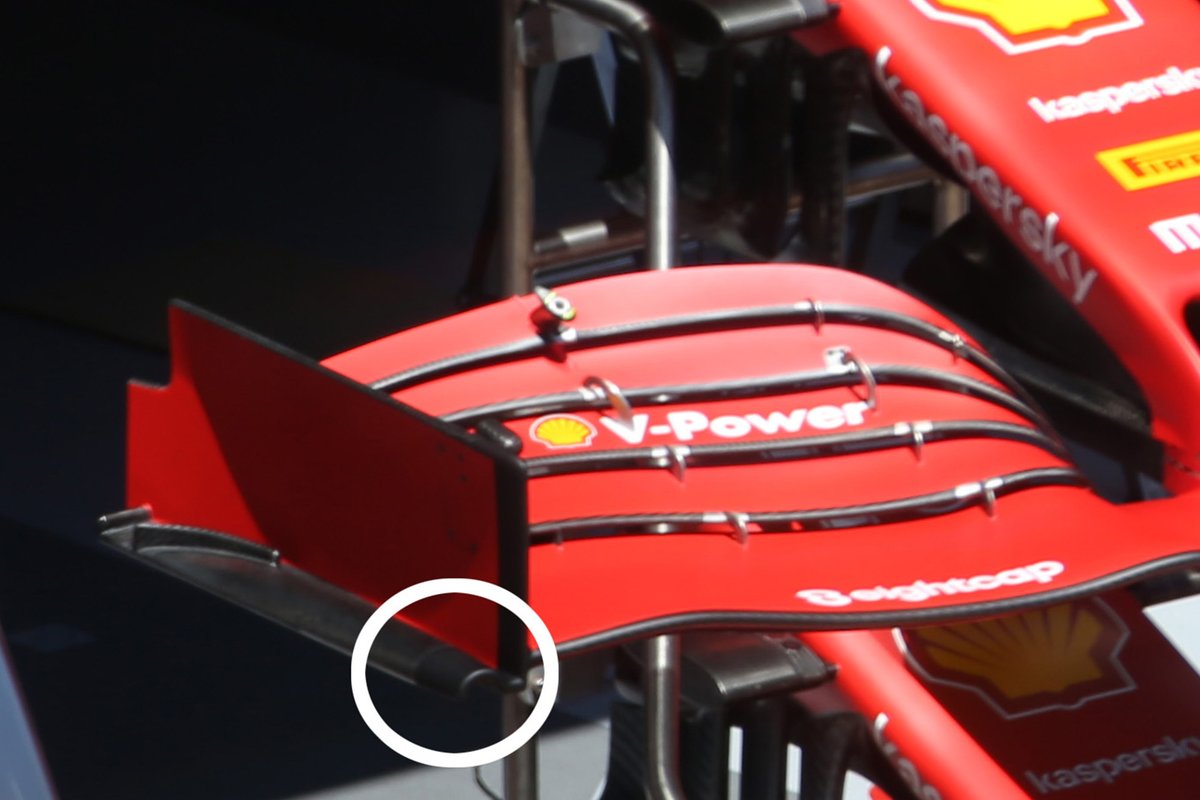