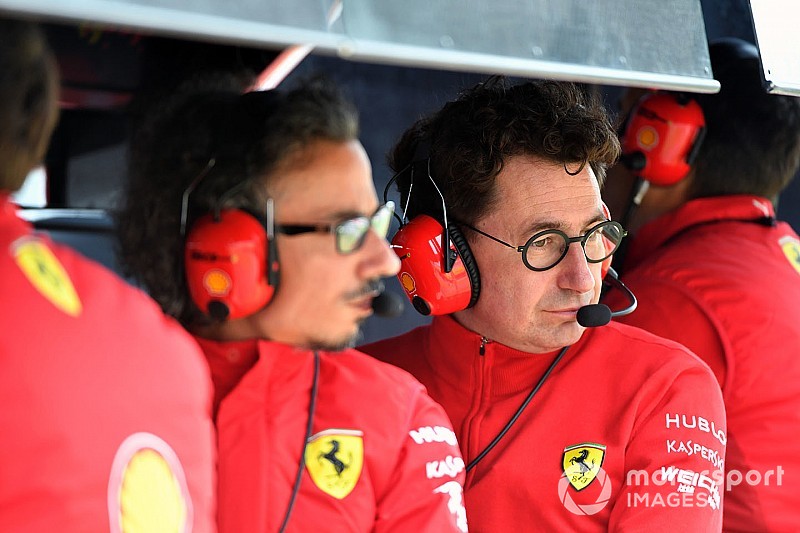 Leclerc was released into the path of Romain Grosjean during the first round of pitstops in the German Grand Prix, and Ferrari was hit with a €5000 fine instead of a normal time penalty.

That has been met with criticism and concern, with Red Bull driver Max Verstappen labelling it "completely wrong" ahead of this weekend's Hungarian Grand Prix.

As a result, the FIA has agreed with F1 teams that unsafe pitstop releases will be punished with time penalties rather than fines, following Ferrari's incident at Hockenheim.

Binotto said on Friday in Hungary that it was a "difficult" situation to judge and to act on, but believes it was the right call and that the judgement would be the same in similar circumstances.

"During the weekend in Hockenheim the drivers and the FIA met on Thursday and discussed the approach [for a race with mixed conditions and more pitstop]," said Binotto.

"What was key was to be safe to the mechanics in the pitlane. In the case of Charles, the Red Bull team was ready for the pitstop in front of him.

"I think the way Charles drove was very safe in respect of the mechanics and the pit crew. Yes, he had to slow down to be careful with the car coming in but that's a racing situation.

"I think as a team when you've got such traffic, what's key is safety first. Then we are in a racing situation. We've been fined, I don't think think there will be different judgement in the future.

"I think the way it's been judged was the proper one."

Verstappen adopted a similar position partly because he lost a podium in Monaco for a pitlane infringement, having made contact with Valtteri Bottas after being released from his stop.

Red Bull team boss Christian Horner agreed with Binotto that it was "tricky" to judge but feels consistency is required in repeat situations.

"I slightly crapped myself when I saw Romain Grosjean heading for me on the pitwall," Horner joked. "So from my point of view it looked really unsafe, a pretty frightening prospect.

"It's a tricky one, Max got a penalty in Monaco for what was an unfair release. It was deemed it was because he touched the car of Bottas.

"They are slightly different incident but what you want to see more than anything is an element of consistency.

"Otherwise from a team point of view, from the guy releasing the car, what call does he make now?

"It's a difficult one. When there's pitlanes like in Silverstone we had enough room for two cars to go side by side."

Alfa Romeo penalty appeal to be heard in late September