Ferrari has made the "wrong decision" picking Binotto 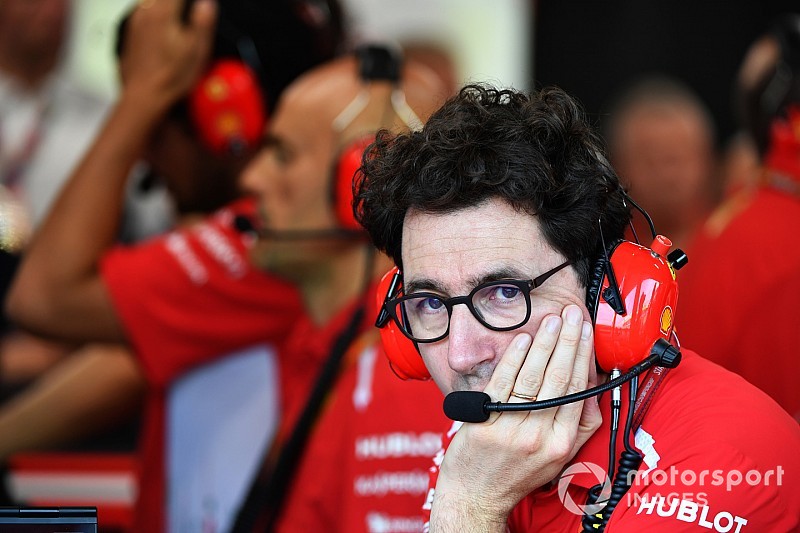 Binotto took charge of Ferrari's engine development after its dismal performance at the start of F1's V6 turbo-hybrid era in 2014.

He was then promoted to a role as overall technical chief in mid-2016 as part of an overhaul designed by then-president and CEO Sergio Marchionne.

Ferrari has since produced two cars capable of fighting for wins on a regular basis, although errors from the team and Sebastian Vettel last season meant its title bid unravelled for a second season in a row.

"That is a full-time job, seven days a week. It's not a part-time thing. That is going to dilute their technical effort for sure.

"I think it's the wrong decision. They should have brought someone else in."

It is unclear who will replace Binotto as head of Ferrari’s technical department, but there are suggestions the team may elect to simply hand more responsibility to aero chief Enrico Cardile and head of its engine department Corrado Iotti.

Mercedes has dominated F1 since the engine rules changed for 2014, a regulation overhaul that Ferrari managed badly.

It has taken Ferrari five years to consolidate its recovery from that mistake, although its best season statistically in a decade was still not enough to deny Mercedes another title double in 2018.

Anderson said: "I don't really see why you would take your best technical person…and put him in a management, political position which is not his forte. Why would you do that?"

Binotto has been credited with having a calming influence over the departments he has been responsible for at Maranello, while Arrivabene was accused of creating a culture of pointing fingers when things went wrong.

Anderson said that "you shouldn't have a blame culture, but somebody's responsible and you have to make sure you recognise why it failed and strengthen it" – and that it will not matter if Ferrari's team works better, if Binotto's move means the car is slower.

He added: "You can easily throw away a couple of tenths of a second in the car and then you're scratching to get up there, be competitive and make all the right decisions."

Anderson also warned that could ultimately cost itself a prize technical asset with its policy of kicking underperforming team bosses out.

He said: "What happens at the end of 2019 if Red Bull steps between them and suddenly Ferrari are third or fourth in the championship? It could happen. [Then] his head's gonna roll.

"They might lose a very good asset because they put him in a position he shouldn't be in."

F1 overtaking would "have got worse" without '19 changes