F1 overtaking would "have got worse" without '19 changes 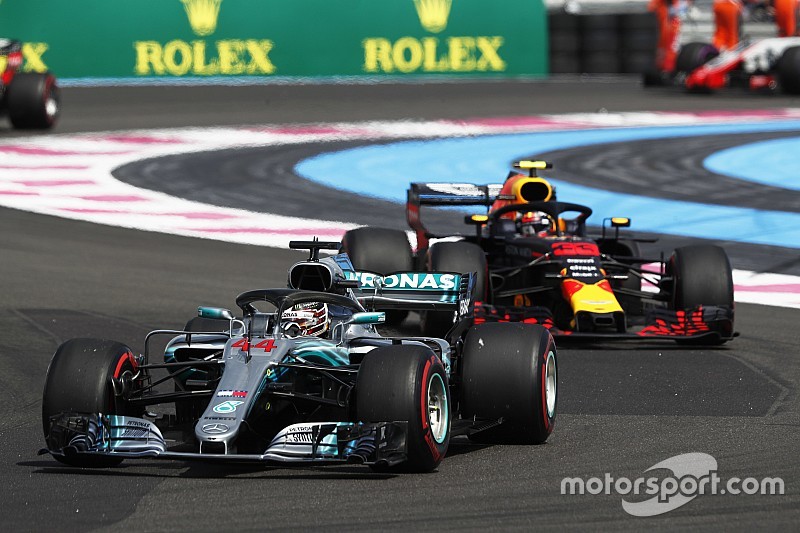 Formula 1 technical expert Pat Symonds reckons overtaking would "only have got worse" without simpler front wings for this season, but has warned fans not to expect a "transformational" change.

This year's rule changes will introduce simplified front wings and bargeboards, as well as other minor tweaks, in a bid to make it easier for cars to follow and improve the quality of racing.

While several leading figures from teams have doubts over the impact the changes will make, title-winning technical boss Symonds, who now works with F1, believes they were essential.

"Formula 1 develops at an alarming rate, it's relentless," said Symonds at the Autosport International Show.

"If we had not done anything the 2019 cars would have been even harder to follow than the 2018 cars were.

"We'll have to see when we get the results. Don't expect a transformational change but believe me it would only have got worse.

"What we've done is at least maintained the status quo and I suspect actually improved things a little bit."

The 2019 changes are effectively an interim step towards F1's planned bigger overhaul for 2021.

One argument is these changes allow F1 to evaluate the success of this development direction and amend it as appropriate to get the 2021 rules right.

Symonds stressed that the 2019 changes were "small" compared to what is planned for the future.

"With 2021 we're trying to take a much more holistic approach to everything," he added.

"The aerodynamics is the major part of it but believe me it's not everything.

"On the aerodynamic side, I've got a group working for me now that are really looking in detail at the design of the cars purely to improve the wake and to allow cars behind the leading car to still have good performance.

"It's never going to be perfect. You can't change the laws of physics, but we've made massive improvements from where we've been."

Ferrari has made the "wrong decision" picking Binotto