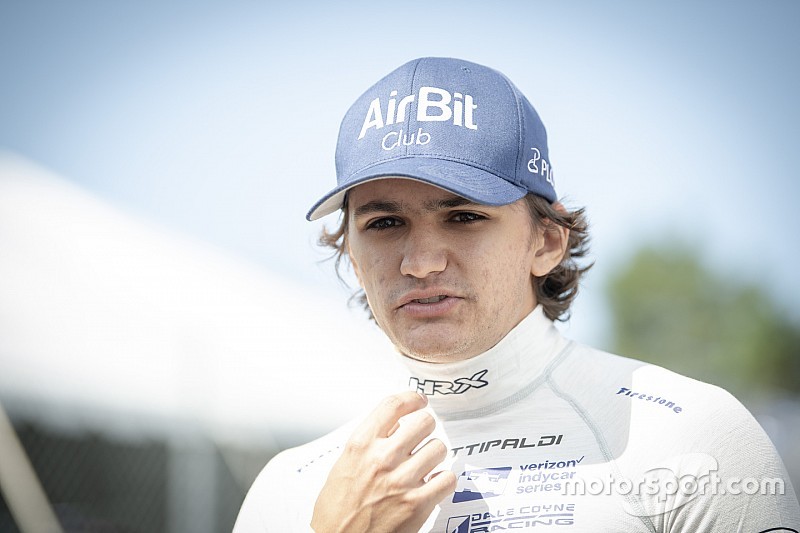 Haas is keen to arrange a test for Pietro Fittipaldi at the end of the year now the grandson of two-time Formula 1 world champion Emerson has returned to IndyCar.

Fittipaldi broke his leg in a scary LMP1 crash at Spa-Franchorchamps in May, which interrupted his World Endurance Championship and IndyCar campaigns as well as talks with Haas about a possible F1 test.

Haas team principal Gunther Steiner said he would be willing to resume those talks once Fittipaldi had recovered.

The Brazilian completed his first IndyCar race since the accident last weekend at Mid-Ohio.

“He needs to get comfortable again,” said Steiner in Hungary last week.

“I didn't speak with him after [IndyCar] testing, but I just read what was written in the media, that he felt comfortable.

“I'm going to see him again when I'm back in North Carolina and then we'll see what can be done for the end of the year.

“We were speaking about the possibility of him doing something, and then we stopped when he had his legs broken.

“Now we have to pick it up again to see how he feels about it.”

Steiner visited Fittipaldi prior to F1’s German GP to get an update on his progress.

He said he told the youngster to “get back racing and then we speak again when you feel you are ready again”.

Fittipaldi experienced some leg pain during Mid-Ohio but expects to suffer less at the next two rounds on ovals and will then be 100% for Portland, which is more demanding, in early September.

He told Motorsport.com he is hopeful an F1 role might emerge as a possible 2019 option.

“If there is an opportunity in Formula 1 or IndyCar full-time, I will do that for sure,” said Fittipaldi.

“Formula E is interesting too. But F2 is not something I’m looking at even if I had the opportunity.

“Formula 1 as a reserve driver would be OK, but I still want to be racing something full-time.

“That’s my goal. Anyway, the opportunity to be reserve driver for Haas still has to present itself.

“I spoke to Gunther again a couple of weeks ago and there might be some opportunities to test at the end of the year.

"But the focus for now is IndyCar."

Ricciardo to leave Red Bull at the end of 2018