Motorsport.com’s Global Editor-in-Chief Charles Bradley gives his views as Lewis Hamilton produced another champion drive at the Autodromo Hermanos Rodriguez, albeit it without wrapping up his sixth Formula 1 world title in Mexico on Sunday. 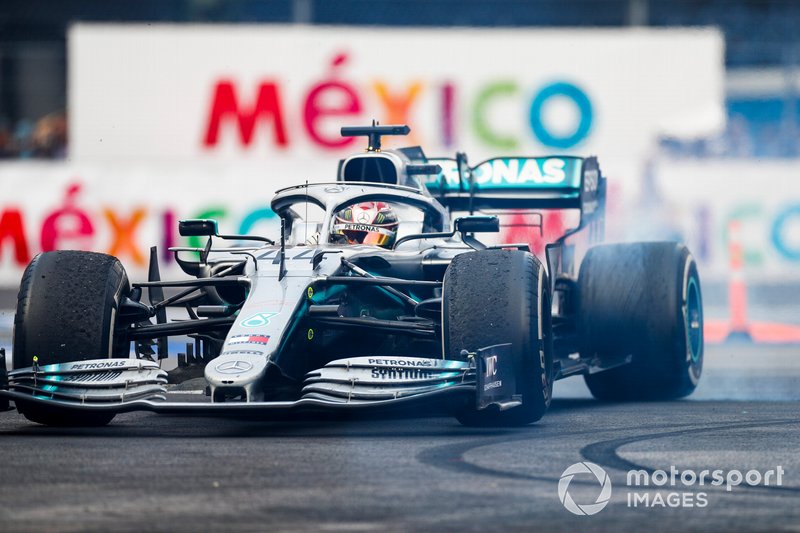 Was this another race that Ferrari gave away? Well, reacting to Alexander Albon’s early pitstop by pitting race leader Charles Leclerc was clearly a tactical blunder in hindsight. Had it been Max Verstappen, I could’ve understood it, but that move consigned Leclerc to playing catch-up and he never recovered having effectively squandered the lead.

Then it was over to Sebastian Vettel. Again, we heard him calling the shots to the pitwall. And while his tyres might have felt “peachy”, there was no way he could’ve known what sector times Hamilton was producing straight after his stop. This was a pitstop Ferrari should have reacted to, like it did with Leclerc to counter Albon, to save its track position over a real rival for victory.

Instead, the strategy banked on Hamilton’s tyres giving out as much as Vettel’s own pace being quicker, and Ferrari believed Mercedes was taking a huge risk in running so long on the hard. But if there’s one thing we’ve learned about Hamilton: when there’s a win on the line, that’s when he produces his best stuff.

2: Max maybe needs to be a bit more like Michael 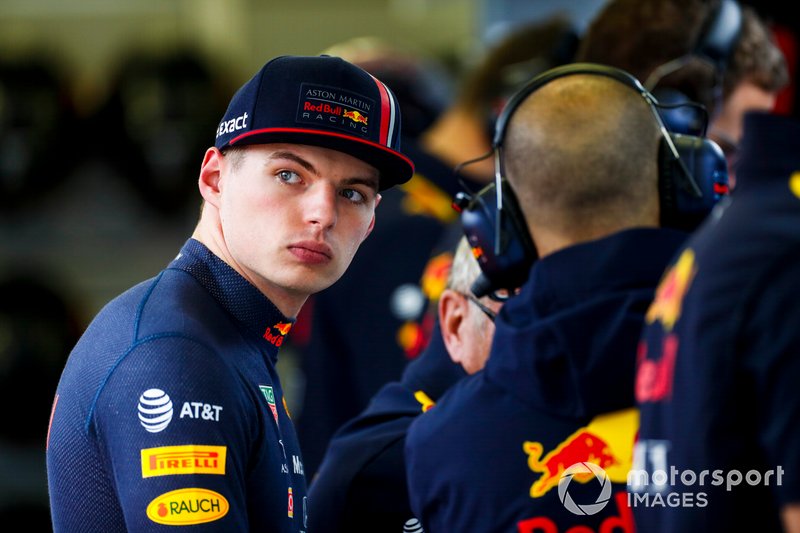 David Coulthard once told me about a time when he asked Michael Schumacher if he was ever wrong, and Michael replied: “No.” An incredulous DC then probed further, suggesting domestic situations, perhaps in instance where he’d taken the wrong turning at a traffic light? Like, ever? And he got the same reply: “No.”

Perhaps you might question the level of truth in that response, but it’s an approach that Max Verstappen might wish to consider in future after his admission over not lifting for yellow flags in Q3 on Saturday. Not that I’m condoning anyone to be an outright liar – if anything there’s a lot to admire about Max giving a straight answer to a straight question (if only the world’s politicians would follow his lead).

His very public answer in the press conference only served to highlight his guilt – although the FIA would have investigated it anyway.

The truly dumb part of the episode was that Verstappen didn’t need to stay flat through the yellow flag – he’d already won pole. As Vettel lifted off, which saved Leclerc’s eventual pole, the fact Verstappen improved his time raised my eyebrow. Then I saw that lap had a purple last sector. Maybe he lifted in the ‘mini timing loop’? Nah, instead, the three-place grid drop was inevitable, and he only had himself to blame. 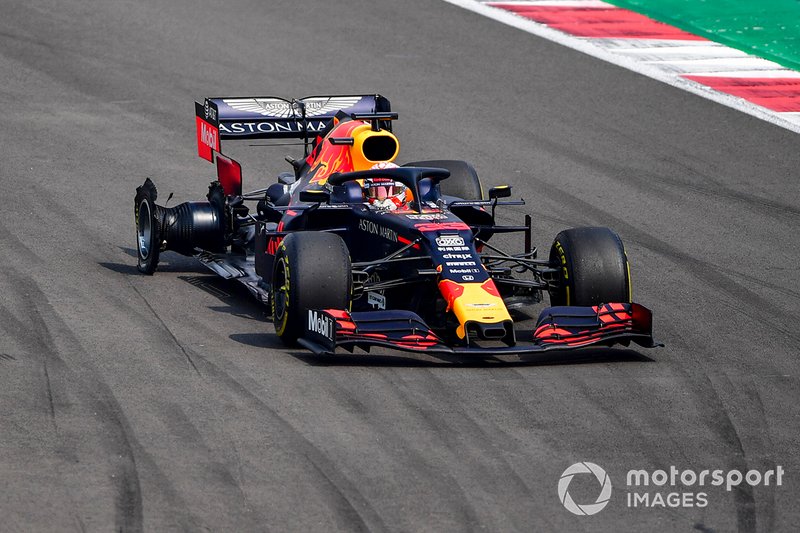 Perhaps it’s a victory of sorts to get hit by both Mercedes in the space of just a few laps, but Red Bull’s chance of victory in Mexico blew up along with Max Verstappen’s right-rear tyre. That was damaged after an ambitious lunge down the inside of Valtteri Bottas in the Foro Sol section, and while it certainly entertained the masses looking on, Max had the misfortune to not detect the puncture until after the pitlane entrance, so he had almost a full lap to circulate on three wheels.

His recovery drive netted sixth place, but it was a story of what might have been.

As Christian Horner lamented: “You can see his pace, at that point when he came out he was two seconds quicker than the leaders at that early stage of the race so I think it would have been quite a straightforward race from there. I think we had a car that was capable of winning the race today.”

And if he’d slowed down for that yellow flag in qualifying, he’d likely have been out of reach of the Mercs in the first place… 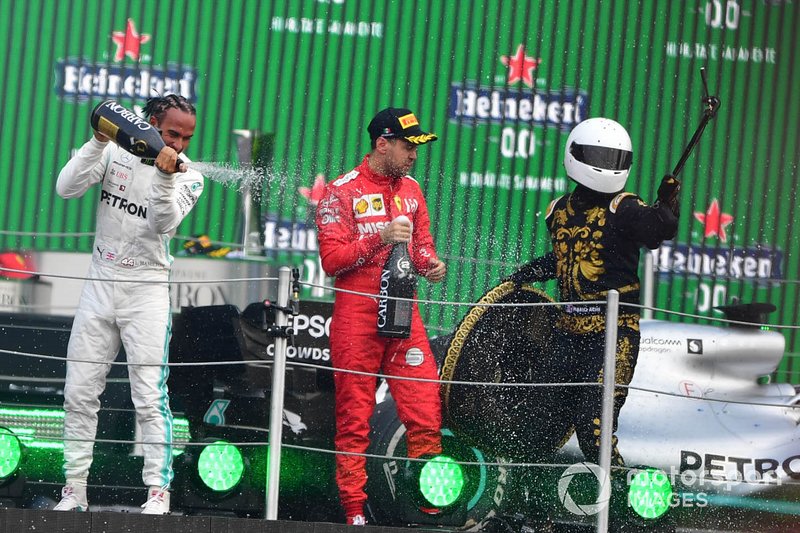 I’m totally with Sebastian Vettel’s hatred of sponsor-themed trophies, and although Heineken’s star-shaped rewards handed out on Sunday weren’t the worst of their kind, I’d rather they had more class to them.

I also smiled when he pushed away race mascot ‘Mario Achi’ from the post-podium photograph. A bit like mascots at major sporting events, they should very much be on the periphery and not the centre of attention.

To prove he wasn’t a total miseryguts, Vettel did enjoy the sight of Lewis Hamilton and his car emerging triumphantly on to the podium itself. “I think it was cool,” he said.

“It was nice, to elevate the car as well is really cool. It's a very nice way to do it to involve the whole stadium and the crowd.

"I liked most of it except the selfie guy and the trophies. It's a shame. You have such a great race and they put so much effort into the race and then you get these shitty trophies that look boring.”

5: Sainz gets a hard spanking 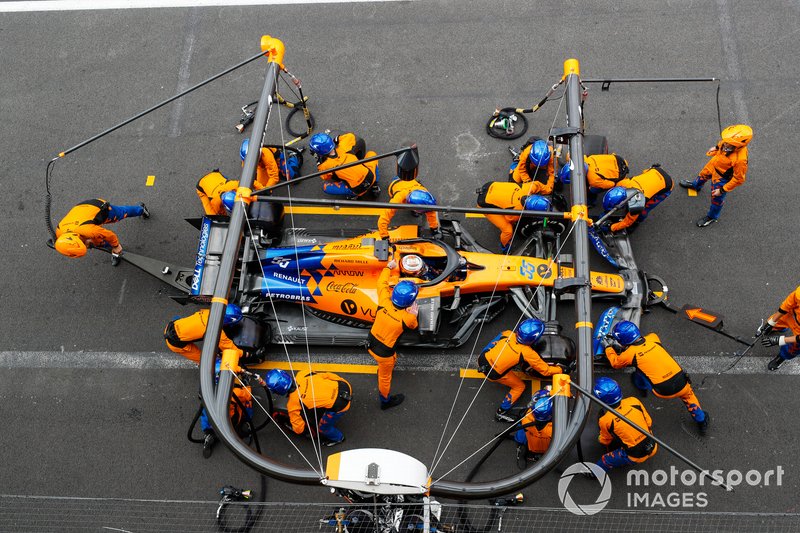 Having tried, but failed, to make it through Q2 on the medium tyre, Sainz was forced to start on the soft. That left him prone to an undercut from the Toro Rossos, and the outside top-10 starters, who mainly opted for the medium (although Renault’s Daniel Ricciardo was smart enough to chance the hard and run super-long).

While Sainz slipped down the order behind the likes of Hamilton and Bottas, his real pain came when he stopped for hard tyres…

“As soon as we put the hard [tyres on] the car just switched off, the rear grip switched off, and we started going backwards. Unfortunate, because we were in a very good position today.

“The graining was not that bad, it was just a matter that the hard tyre was sliding around a lot at the rear for our car. Other cars didn't have the same problem.”

Instead, he had to reflect on the satisfaction of fighting the Mercs and Alexander Albon’s Red Bull on the opening lap.

“I fought Valtteri off the line, Albon off the line, got them both and then got Lewis, so, I don't know – at least I'm showing that every time I have a chance to fight with the top guys I'm giving it a go and I'm actually getting [by] them.”