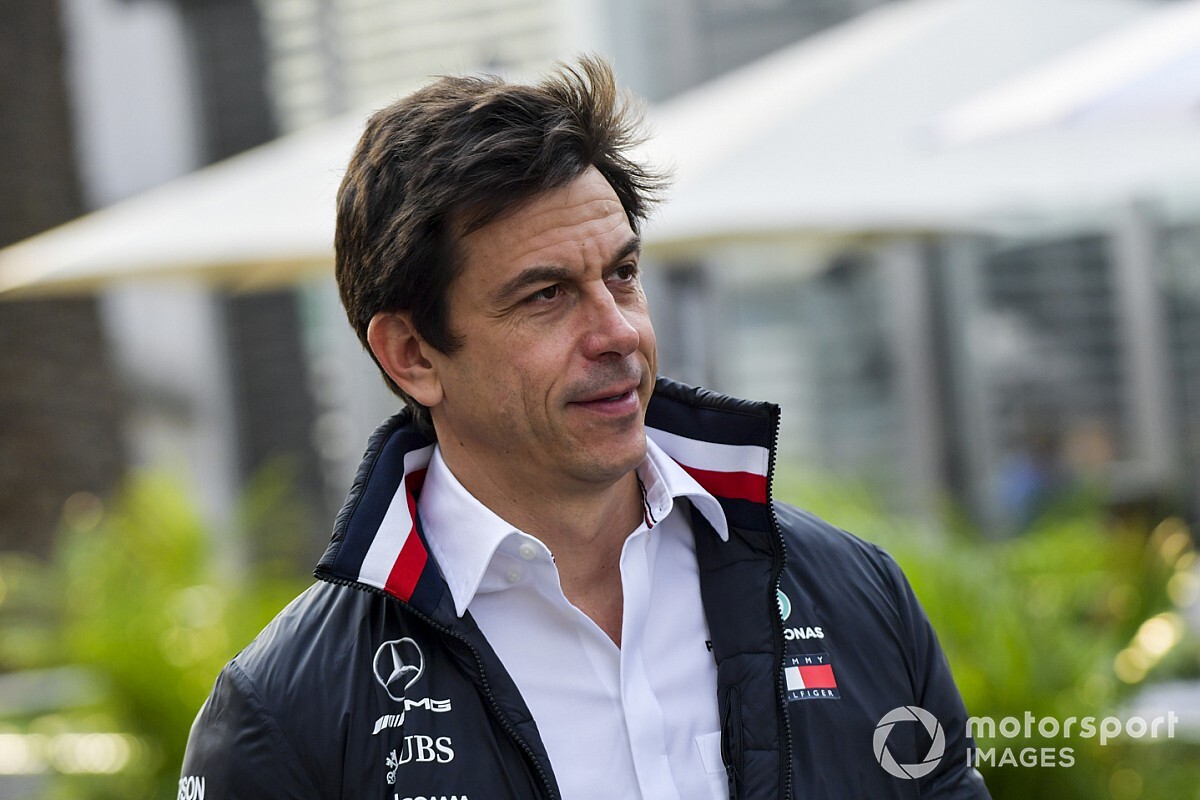 Mercedes boss Toto Wolff has confirmed that Mercedes blocked the idea to experiment with reverse grid races next year in order to protect Formula 1's DNA.

F1 owner Liberty Media had been keen to trial three reverse grid qualifying races next year – in France, Belgium and Russia – to see if the format was something that worked and could be used longer term.

But following a team meeting in Paris last week, two of the current teams made clear they did not support the idea, so it has had to be shelved.

Wolff says Mercedes was one of the outfits against it, but is adamant it did it not to preserve its competitive advantage but because it felt it would have been a wrong move for the sport.

"I did it because we have a responsibility in F1 to preserve the DNA," said Wolff. "It felt wrong, not in order to preserve an advantage because maybe it would have been good for us as Ferrari would have been behind us when you look at the current qualifying pace.

"But I voted against it because when you're looking at the 100m final in the Olympics, you're not making Usain Bolt start five metres behind just to make it an exciting finish."

Despite the reverse grid idea being off the table for 2020, it remains possible that it could be resurrected for the following year if there is majority support.

McLaren team principal Andreas Seidl said that once the basic 2021 regulations had been agreed by the end of next week, then perhaps the reverse grid idea could return.

"There were two teams against it and I think it is off the table, at the moment for 2020," he said. "The discussions are focused on getting the '21 regulations waved through in the next week, focus on that, and as soon as we have clarity on that, I think there is chance we restart the discussions again.

"[It's] not just for the possible qualifying race, but several other topics which have been discussed between the teams, FIA and FOM."

F1 managing director of motorsport Ross Brawn invested a lot of time and effort in trying to convince teams and drivers that the reverse grid experiment was worth doing for next year.

He said in Mexico last weekend that he felt teams' reluctant to embrace change because of fears it would help their own interests was something that had long held F1 back.

"I thought it was a fascinating contest," he told the official F1 website about the reverse grid idea. "And the drivers were a little bit nervous, which I can understand, but we were just asking for the opportunity for three races to try the format.

"If it doesn't work, we put our hands up; if it does work, great. If it's something in between, we can work with [that] just to help us develop the format of racing, and it's frustrating that we've not been able to do that but I think that's – unfortunately – the classic problem with Formula 1."

Verstappen had pace to win the race - Horner

Why Ferrari would be "happy" to have an engine protest