Grosjean says he and Haas 'laughed' over pitlane spin

Romain Grosjean says he and his Haas Formula 1 team laughed about his “awkward” pitlane spin during British Grand Prix practice, which he explained was just a mistake on cold tyres. 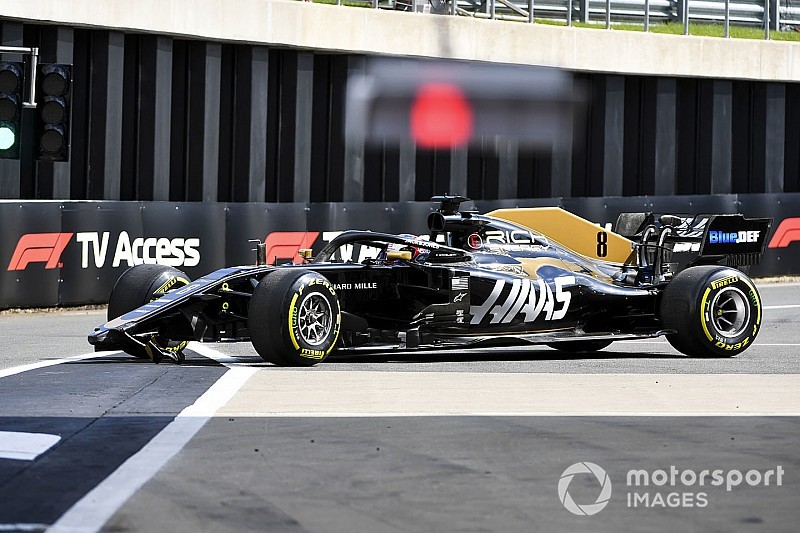 Grosjean broke the front wing on his car when he lost the rear exiting the pitlane in the first practice session for this weekend's Silverstone race. He then had to briefly drive the wrong way down the pitlane exit to find room to turn around.

“Cold tyres, and when I removed the pitlane limiter, the car spun,” recalled the Frenchman. “It was a bit of an awkward moment, let's say!

“It's life. We laughed about it, I think that's what you should do. It didn't annoy us too much for the remainder of the day.”

Grosjean followed up his spin with an off at Brooklands in the same session, becoming one of many drivers to hit trouble as they got to grips with the new Silverstone surface and high winds.

The Frenchman put that second spin down to a combination of factors, including a set-up that was “not ideal”, the new surface, bumps through the corner and “a little dirt on track”.

“When you haven't done the first run, it's difficult to have your marks straight away,” he said.

Grosjean explained that a differential settings change helped the problem, as did improved track conditions in the afternoon session, but said the corner remained “tricky”.

“It was my first lap, I didn’t know what to expect,” he said of that second spin. “The grip was outstanding in Turns 3 and 4 and I was expecting the same at 6 and it wasn’t quite the same case.”

Haas is splitting the set-ups on its cars for the British GP, with Grosjean using the specification of parts he started the season with.

While he believes this is giving him a better “feeling” than the latest upgrades, he claims it has also left him more vulnerable to the wind.

“We knew the upgrade we brought in Barcelona was a very good step for the wind sensitivity,” he said. “It’s something we were quite weak at.

“Today with the wind I can feel the same thing we were feeling in Bahrain and China when it was windy in terms of performance.

“The feeling in the car when it’s not windy is really good, I have a better feeling than [I had] with the new package. But the performance is a bit down.” 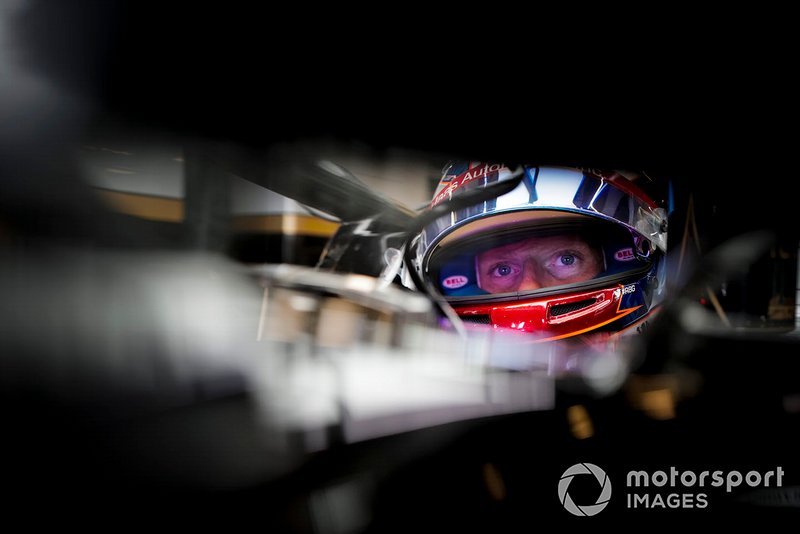