Grosjean: Haas' Melbourne spec could yet return after Monza

Romain Grosjean says that the Haas Formula 1 team could revert to its original spec car later in the season despite focussing on the latest version for the Belgian and Italian GPs.

After experimenting with old and new specs before the summer break, the team is running the latest iteration for both Grosjean and teammate Kevin Magnussen in low-downforce configuration at both Spa and Monza.

However, Grosjean, who has always preferred the original version, says that Haas had no choice as the Spa/Monza wings could not be used on the Melbourne spec car.

“It’s not a decision, it was a no choice option,” he said when asked by Motorsport.com. “Because the low-downforce package is not runnable on the old car.

"I knew it since a long time, before Silverstone, that we had to be running the new car here and Monza, and then we can decide for the next few races.

“So it doesn’t mean that the old lady is not going to come back in the garage. Actually it’s because we didn’t have a choice, the wings don’t fit on the old car.”

Asked if he expected to see the original spec after Monza, Grosjean said: “Maybe. Singapore, let’s see how that one behaves. Russia most likely.”

Haas team boss Gunther Steiner insisted that the latest spec gave the team the best opportunity to address its problems for 2020.

“We cannot prove it because we have nothing to compare it with, we’ll never have that proof, but at the moment this is our outcome, comparing the two cars, that this spec of car will be the best performing one as we can see it right now.”

Magnussen supports the decision to focus on the latest spec, which he has always stuck with.

“I think we’ve made the decision to stick with the newest package to try to pursue the potential in the package that we see,” said the Dane. “It’s been tricky, it’s shown some weaknesses, but also it’s shown some big strengths.

“So try and pursue that a little bit and invest in the future development while doing what’s best right now. It’s better to work with this package right now and try and make it work than step back and lose ground like that. It’s better to make this work and further the development.

Asked by Motorsport.com to elaborate on the latest spec’s strengths, he said: “The car is very nice to drive when it works, but then it can turn on its head, be a dog to drive as well.

"So when it’s good, it’s really good. So that’s what we want to try and pursue.” 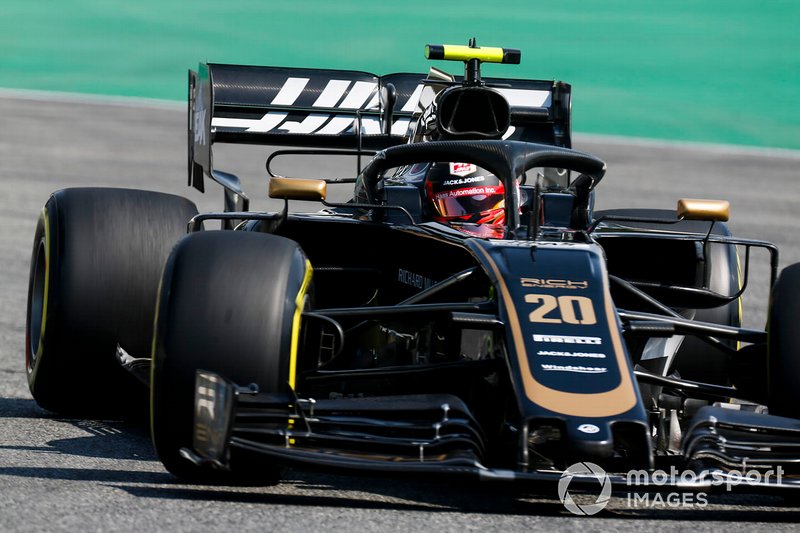