Lewis Hamilton does not know where Ferrari’s “big step” has come from and has admitted the pace of Mercedes’ Formula 1 rival in Singapore Grand Prix qualifying was unexpected.

Charles Leclerc claimed his third pole position in a row as Ferrari surprised pre-event favourites Mercedes and Red Bull in qualifying, though Hamilton was able to split the two Ferraris in second.

Ferrari has brought a significant upgrade to this race, including a revised nose, cape and floor, which appears to have provided the aerodynamic gains needed for the team to be more competitive on high-downforce tracks like the Singapore street circuit.

Asked by Motorsport.com how ominous it was for Ferrari to have added more aerodynamic performance to its strong straightline speed, Hamilton said: “I don’t know where they have picked up their pace for a street circuit like this.

“Earlier on in the year they were not as close. They’ve obviously done a great job.

“I don’t really know where we’re losing it, the first sector is a bit of a loss to us, part of it is a straight line but they are able to match us in the middle and the last sector.

“Overall, clearly a big step for then. We’ll just keep pushing. We’ve not had an upgrade for a while so maybe when that comes that will help us a little bit.” 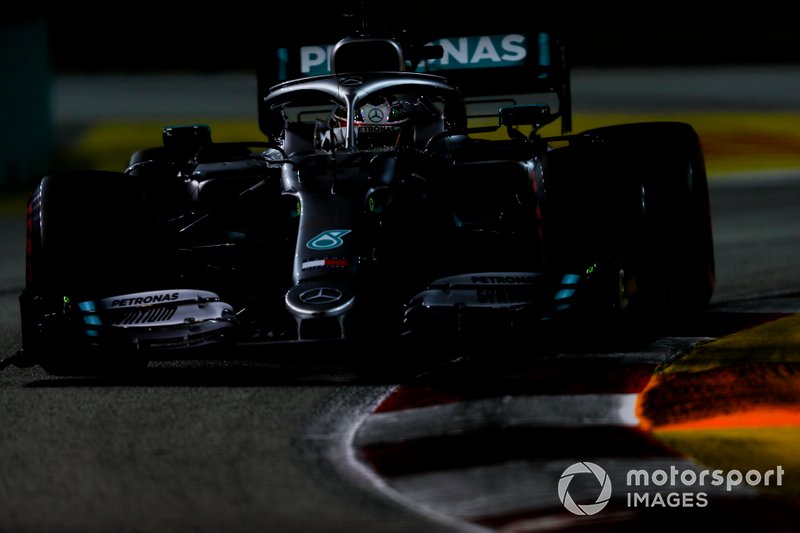 This time, his late lap to secure second place bumped Verstappen to fourth, behind the second Ferrari of Sebastian Vettel.

Hamilton said that Mercedes knew Red Bull would be competitive again in Singapore but admitted Ferrari had produced a surprise given its previous form at high-downforce venues has “not been so strong”.

“All of a sudden they’ve brought an upgrade here and it seems to have worked,” he said.

“Of course we were not expecting to have such a strong performance from them and have such a deficit to them, but they’ve done a great job.

“I was grateful I was able to split them, only just. We were lacking pace today.

“It was definitely a struggle to be up there, but I like how close it was between us all. Hopefully that puts us in a good stead for good fights.”

Poleman Leclerc hailed the work Ferrari has done with its upgraded after expressing his own surprise at the pace he had.

Leclerc had trailed Mercedes’ and Red Bull’s lead cars significantly on Friday practice, while Vettel had also been quite a way off.

“[I am] very surprised because even though we knew there was a bit more to come yesterday we did not expect to challenge neither Mercedes or Red Bull,” said Leclerc.

“It’s quite a big surprise for the whole team, but it just proves how good of a job they’ve done back at the factory and today it’s also thanks to them we’re on pole.” 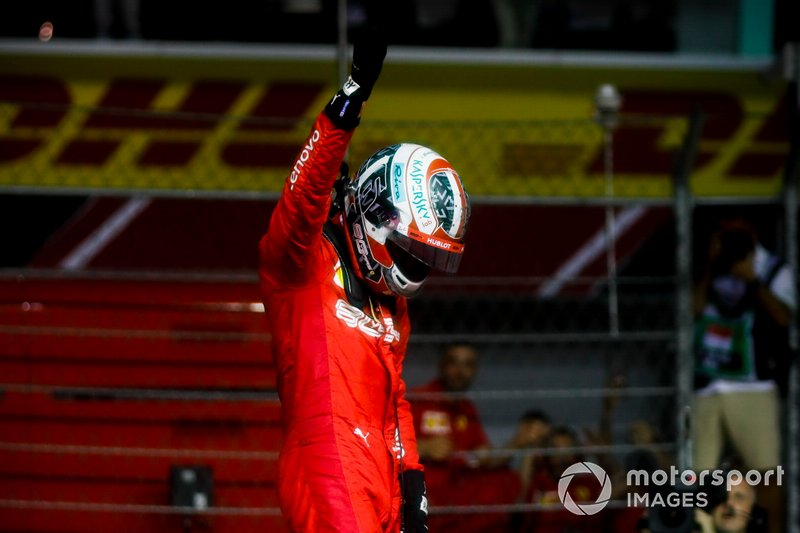 Russell: Bouncing Mercedes F1 car is a "killer to drive"