Verstappen proved the potential of the new Red Bull-Honda partnership with a third-place finish in Melbourne last week, thanks to a move around the outside of Vettel on the run down to Turn 3 on lap 31.

Speaking about the form of Honda, Wolff said: “We saw how they've eaten up Sebastian into Turn 3.

"Power was enormous, and seeing them come back strong makes me happy because it's a good group or people and they're really decent men.

“The combination with Red Bull will certainly become a threat. The level of performance is such that you must certainly have them in the calculation for the championship.”

Although Honda could provide some headaches for Wolff’s Mercedes team this year, he says he is actually pleased that the Japanese manufacturer is now finding success in Formula 1 after a difficult return with McLaren.

“It's the first podium since their return and they deserve it," he explained. "They went through some really tough times and seeing the Honda on the podium and seeing the happy guys is great.”

Wolff’s comments that Honda’s first F1 podium since it came back is not a one-off have been echoed by his driver Lewis Hamilton.

“The Red Bulls are there with us,” said the world champion. “I think we’re going to have a really, really good battle through the year, I think, between the three of us.

“I think for Honda, I remember growing up watching Ayrton [Senna] drive with the Honda, and they were a formidable force back then, and it’s great to see them up there.” 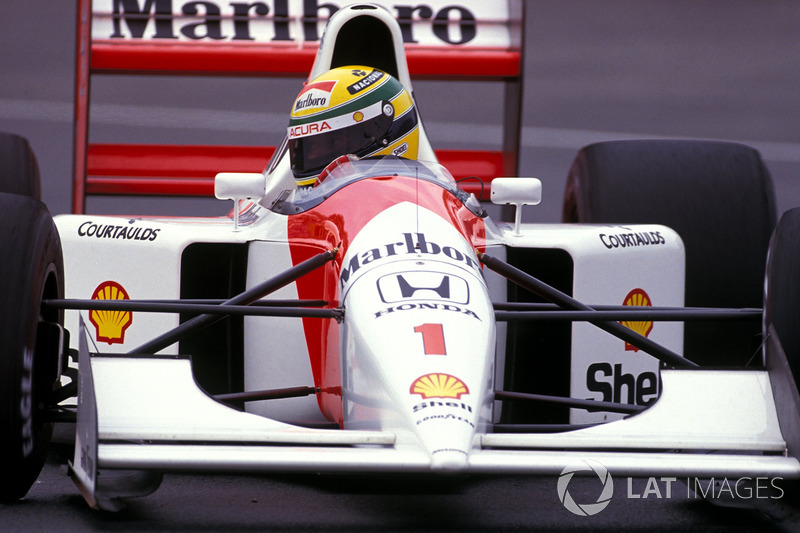 Hamilton: Red Bull has eked ahead in F1 title battle