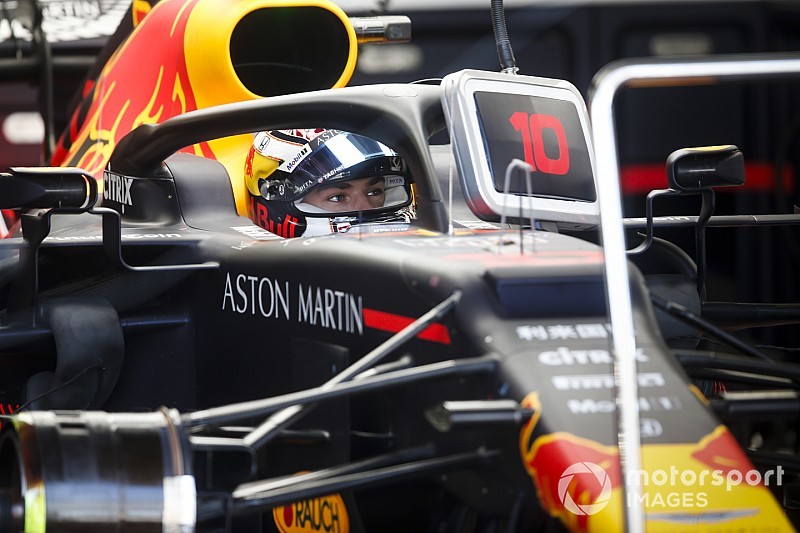 Horner was left frustrated in Azerbaijan last weekend when his driver Pierre Gasly was forced to start from the pitlane after he missed a weighbridge call after second practice.

Gasly had been asked by his team to push hard on the entry to the pitlane, with mechanics focusing on preparing for a practice pitstop, and the Frenchman did not spot the number board ordering him to stop for weight checks.

The harshness of the Gasly penalty annoyed Horner in particular, and the matter was brought up with F1 managing director of motorsport Ross Brawn during a team meeting in Baku.

Horner said: "Obviously he's the one seeing the light and there's also a reminder, but we were focused on doing a double pitstop. He'd been told to push to practice the pitlane entry which is a bit different here, and he had a snap of oversteer on the way in.

"He's missed the lights and the team is focused on the first pit stop as a double pit stop for Max, so it was just one of those things.

"I think everyone agreed in a meeting we had with Ross Brawn and all of the teams that penalties on Friday that affect the rest of the whole weekend needs a bit of a revisit, because I think maybe it was too harsh for the crime that was committed.

"If he'd been 50kg underweight the penalty would have been the same. Unfortunately he wasn't."

The reliability failure that left F1 scratching its head