© 2021 Motorsport Network. All rights reserved.
TV Buy tickets Store
Previous / Red Bull "is what it is today" thanks to Renault - Abiteboul Next / The reliability failure that left F1 scratching its head
Formula 1 / Breaking news

Sergio Perez believes Racing Point's Spanish Grand Prix upgrade will be the first sign of what his Formula 1 team is capable of under its new management. 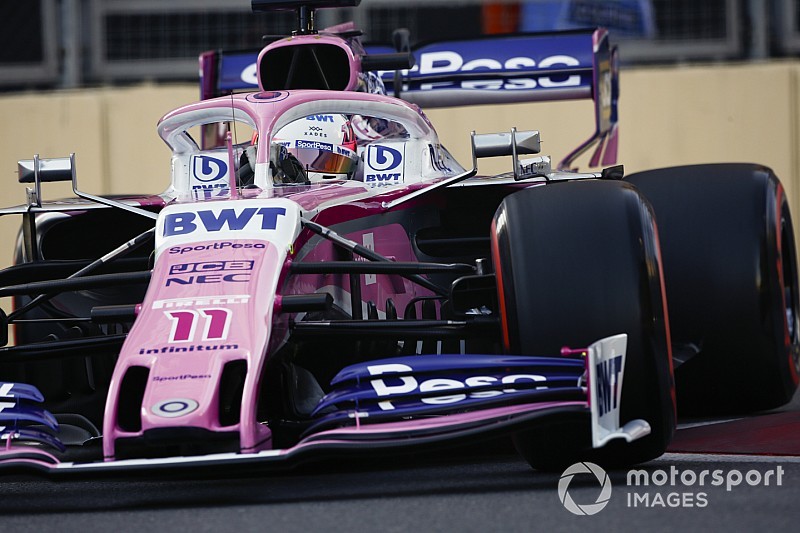 The Silverstone-based outfit became Racing Point halfway through last season after Force India went into administration and was saved by a consortium led by billionaire Lawrence Stroll.

Like most F1 teams, Racing Point is planning to introduce significant car updates for the start of the European season in Barcelona, and Perez concedes it will be a key moment for his squad.

Asked if he thought the Spanish GP upgrade would be the first sign of what the team can now do, Perez said: "I think so. I think it will be the first impact of what we can be and that will be an important weekend for us.

"You have to remember that the new administration came in very late in the year, so we are a bit behind schedule, but we are playing catch-up."

The Mexican admits he has been very encouraged by all the progress made off the track since Stroll's arrival, and says the Canadian entrepreneur is aware that making the team more successful is a long-term project.

"Our relationship is growing throughout the races and I'm getting to see of how he's guiding the team and no surprises," Perez said. "He's very excited, very committed to the team and it's great to see.

"He's fully committed to it and he wants us to deliver on track. He's delivering off the track which is very encouraging but he also understand that it's a long-term. Everything takes a lot of time, but you've seen with other teams. Look at Renault. Such a big organisation and they take time.

"He's excited but at the same time he's patient and realistic of our target so I think it's a long-term project."

Perez feels that, thanks to the financial boost, Racing Point is a more attractive option when he considers his future beyond this year.

"I certainly feel that I have a bright future here while in the previous years it was always about the next year and where I was going.

Red Bull "is what it is today" thanks to Renault - Abiteboul

The reliability failure that left F1 scratching its head