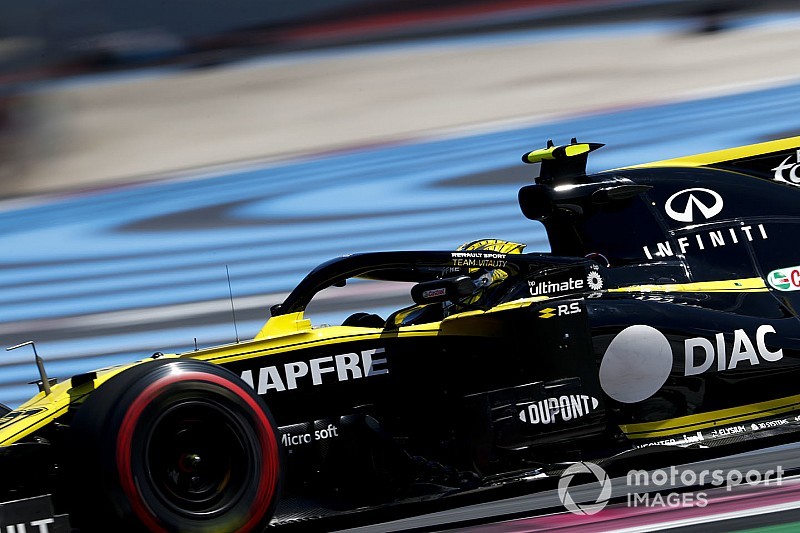 Nico Hulkenberg insists he is not alarmed by the fact Daniel Ricciardo is beating him in qualifying 7:1 this year, even though he admits he does not like how the numbers look.

The German has historically been one of the strongest drivers on Saturdays, but Ricciardo has hit the ground running this year and has only been beaten once in the fight for grid positions – at his home race in Australia.

But rather than be worried by the situation, Hulkenberg says that the one-sided tally is more down to a run of bad luck on his side rather than any ultimate performance deficit.

"After the first three, four races, in which he stumbled a little - well he didn't stumble, but he just needed a period to get used to it - that was the time where I always had technical problems in qualifying," explained Hulkenberg.

"A few [good results] slipped through my hands. They went to him.

"He does a good job in qualifying, you have to say that and acknowledge it. Somehow there's a bit of a worm [curse] in it for me in qualifying this year.

"Somehow there's always something - sometimes it's my own fault, sometimes small unfortunate circumstances in the background, but nothing serious.

"For example the wind. Suddenly I will have a head wind on the straight and I will lose one and a half tenths.

"The numbers speak for themselves and sound very clear - and I don't like them either. But, it is what it is. We're the same when it comes to points. I'll try to turn the statistics around a bit now, but he already knows what he's doing in qualifying."

Hulkenberg is clear, however, that despite a tough rivalry with Ricciardo, there is no suggestion that their relationship has any tension in it.

"It's similar to all the other teammates before," he said. "It's already a competition, but there is open communication between both sides.

"We have the same views about the car and where we want to go with the development, it's all going quite well."