Hulkenberg had "hints" he would be replaced at Renault 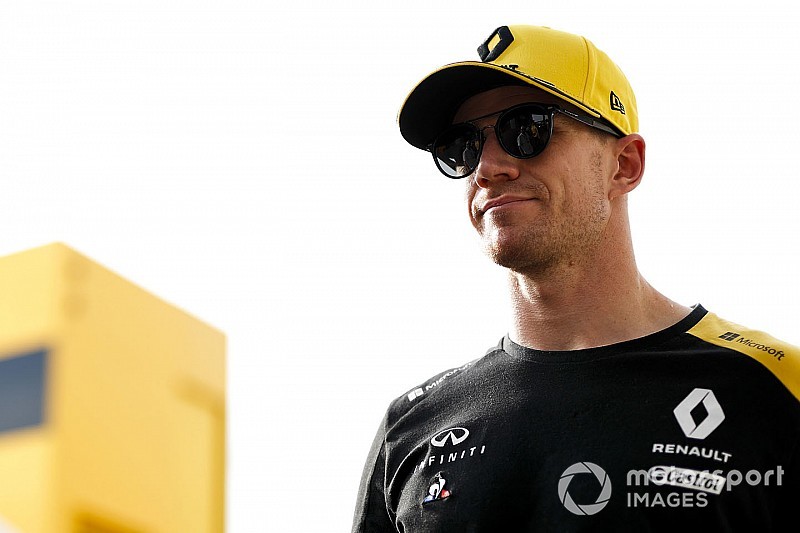 Nico Hulkenberg has revealed he had "hints" he was going to be replaced by the Renault Formula 1 team after a "change of dynamic" during the summer break.

Renault informed Hulkenberg of its decision at the start of this week, ahead of the Belgian Grand Prix, but the German said he had seen it coming.

Asked by Motorsport.com if he was surprised when Renault told him its plan, Hulkenberg said: "No, I had hints, a couple of weeks already through the summer break.

"It was a bit different, there was a change of dynamic in the week after Hungary. I could tell there was something going on, that there might be a change ahead."

Hulkenberg has been critical of Renault's lack of progress this season but admitted he was "disappointed" not to continue.

Despite being ousted, he said there are "no hard feelings" and described the manner in which he was informed of the situation as "all good".

"The team, the management was always transparent, fair and open," he said. "We have a good relationship. It's not necessary for us to have games and there were no games. It was always straightforward communication."

Hulkenberg said remaining in F1 is his priority for next season.

Haas is keen on signing the 32-year-old to partner Kevin Magnussen, while a seat may also be available at Alfa Romeo.

He could wait to see if an unexpected opportunity arises at Red Bull, as it is uncertain which of its drivers to pick to partner Max Verstappen next year.

However, Hulkenberg thinks his options are "fairly obvious" and said he expects it will be "a couple of weeks" before he knows what he is doing.

"There is time, it's not too late or anything," he said. "There are still seats and options out there, it's just also a matter of what I want and getting a good option and working that out.

"You just need to see what is there, see if you like it or not and see if you can agree on a deal or not. It's not done, it's up in the air. There is discussions but it will still take a bit."

Renault is fighting for fifth in the constructors' championship after falling a long way behind its customer team McLaren in the points.

Hulkenberg said his ambition was to leave the team "with a strong finish", and said he has already accepted and understood why it has picked Ocon.

"If I agree with it, that is a different matter," he said. "That's just racing, that's life. I can understand the situation and it's not too hard to deal with for me.

"I feel comfortable in my skin. I know there is appetite from other teams, so I feel OK."