Interlagos gets boost in bid to stay on F1 calendar 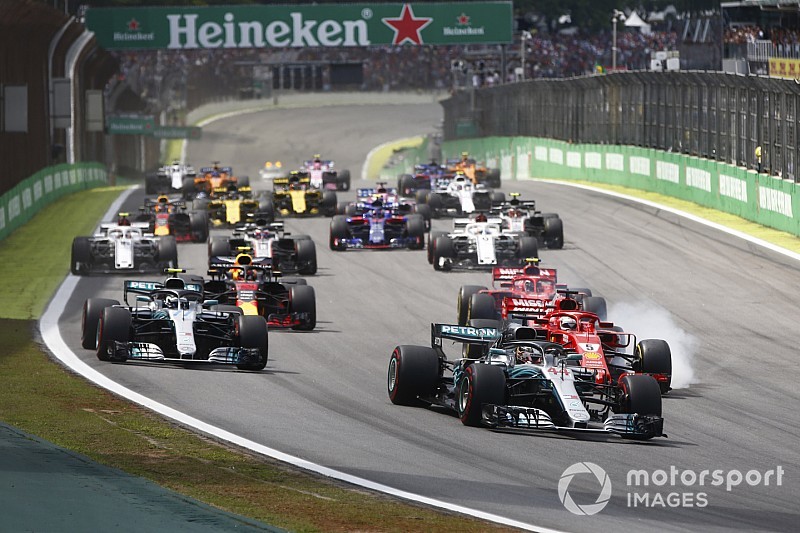 The Interlagos circuit has received a major boost in its bid to remain on the Formula 1 calendar, following claims the Brazilian Grand Prix will move to Rio de Janeiro.

A crucial Sao Paulo council vote has supported the Interlagos circuit not being privately sold, as the city attempts to secure its F1 future and defeat a push to transfer the race to Rio.

Earlier this month, Brazilian president Jair Bolsonaro claimed the race will move to a new purpose-built circuit in Rio from next year.

However, this was met with scepticism given the suggestion the new track would be built this year, and the fact Sao Paulo has a contract with F1 that finishes after the 2020 race.

Sao Paulo's Interlagos circuit has hosted the Brazilian GP continuously since 1990, has undergone development work in recent years and officials remain in negotiation with F1 bosses to extend the deal.

However, a desire to privatise city real estate, including the circuit, put the venue's future at risk even before the plan to take F1 to Rio instead.

Crucially for Interlagos, Sao Paulo's city council approved the circuit's concession rather than committing to privatisation at a vote this week.

This still needs to be approved by mayor Bruno Covas, but it is a boost for the city's chances of keeping the grand prix at Interlagos in 2020 and beyond.

City officials have expressed support for F1 remaining in Sao Paulo in the wake of the president's claim last week.

A document of support is being prepared and Sao Paulo officials have targeted meeting president Bolsonaro and the country's minister of tourism Marcelo Alvaro.

Covas said: "There is no doubt that Sao Paulo can continue to host the grand prix. We have security, organisation and we carry out works annually for maintenance in the pits and paddocks."

In addition to this, Rio media outlet Globo reported that Covas called for equal treatment from the president towards Rio and Sao Paulo over bidding for F1.

Covas said in a press conference that his understanding was the president had been told the Brazilian GP would drop off the calendar if it did not move to Rio.

However, in Sao Paulo it is hoped that the council decision will reinforce the local support the race has.

Opposition councillor Antonio Donato called on the authority to explain why it changed its mind on privatisation, and the council believes that avoiding privatisation eliminates doubt and speculation over the future of the surrounding area.

Meanwhile, keeping the circuit independent gives it a vested interest in maintaining and promoting the grand prix.

Why Bottas and F1 should fear "struggling" Hamilton