Honda has made its first engine change of the 2019 Formula 1 season, following the opening Chinese Grand Prix practice session. 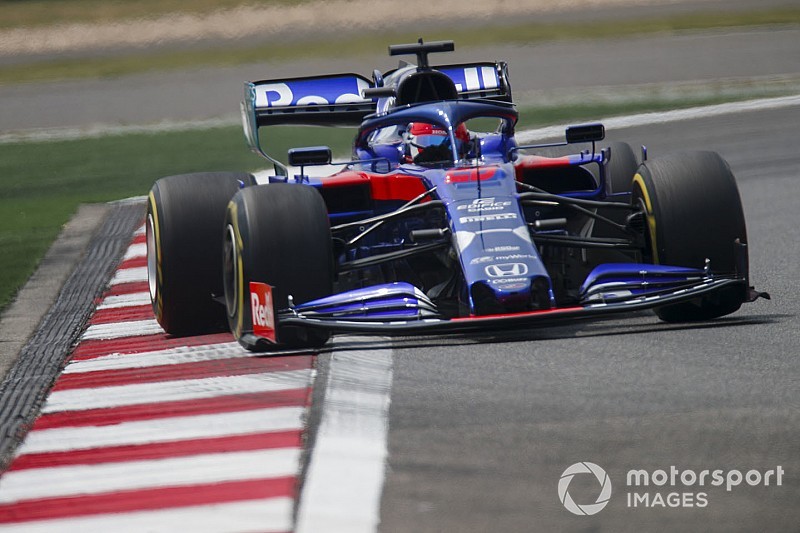 The engine in Daniil Kvyat's Toro Rosso was changed ahead of second practice once Honda had assessed its data from the first session.

No confirmation has been made regarding the specific components Honda has opted to change, but a complete set is expected.

Drivers can use three internal combustion engines, MGU-Hs and turbochargers in a season, plus two MGU-Ks, control electronics and energy stores, before they receive a grid penalty.

An update on Twitter from Honda's official account stated: "During FP1, we noticed an anomaly in the PU data from Kvyat's car.

"With only a short time to investigate the matter fully between FP1 and FP2, we have therefore decided to change the PU on his car as a precautionary measure."

Honda is supplying two teams this season, building on its Toro Rosso partnership by striking a deal with the senior Red Bull team as well.

Max Verstappen scored Honda's first podium of the V6 turbo-hybrid era, and its first in F1 since 2008, in the 2019 season-opening grand prix in Australia.

That kicked off its new partnership with Red Bull in impressive fashion, but the manufacturer has insisted it remains too far behind Mercedes and Ferrari to be satisfied.

Speaking in between Friday's practice sessions in China, Honda F1 technical director Toyoharu Tanabe said: "So far we have started this season with a reasonable performance and reasonable results.

Kvyat: No decision from AlphaTauri on F1 future "a shame"