McLaren's position "not just down to car performance"

Having scored 82 points before the summer break – more than it had picked up through all of last year – McLaren sits a clear fourth in the standings, with almost double the points tally of fifth-placed Toro Rosso.

Although Toro Rosso and Racing Point have had better individual finishes this year, McLaren is alone in the midfield in managing to score points with both cars on four occasions, with none of its rivals doing so more than twice.

“We are in P4 which is great at the moment, but it was not just down to car performance,” Seidl told Motorsport.com. “The car performance on average was between P4 and P6-P7.

"But we have other categories also where we are quite competitive, like race starts, pit stops, good strategy calls, good drivers, which made us score good points, whereas other teams are struggling a bit more in the midfield. We were always somehow between P4 and P6 and other teams had a bit more ups and downs.”

McLaren performance director Andrea Stella says the team’s MCL34 has been among the five 2019 cars that fit into a “very narrow” pace range, and that Racing Point’s recent updates have allowed it to join McLaren, Renault, Toro Rosso, Haas and Alfa Romeo in that range.

“When you do the performance assessment, which is not the championship points, it is not the result at the end of the race, it is what you think your performance potential is,” he explained.

“We just always identify a very narrow band where you can fit five teams. Probably even six, because Force India [Racing Point] seem to have progressed.

“Purely performance-wise it is a very narrow band, potentially as small as two tenths, so you understand immediately how many other factors contribute to scoring championship points.

"Saying that, I want to mention the concept that I care [about] a lot - you need to be very humble because we haven’t achieved much [yet].”

Seidl says that while McLaren is “absolutely clear” in its desire to secure fourth place for the season, setting the team up for continued progress is a bigger priority.

“To be honest, it is a lot more important that we made this step from last year to this year, we make our conclusion, we put together our vision of how we want to approach the future and it is important for me that we make the next step with next year’s car, because again compared to last year’s car, this is a car that is somehow back into the normal timing in terms of putting a car concept in place and so on,” Seidl said.

“Of course I want to score P4 now, we are in that, but for me the focus is a lot more, ‘Let’s make sure we make the right conclusion and make the next step’.” 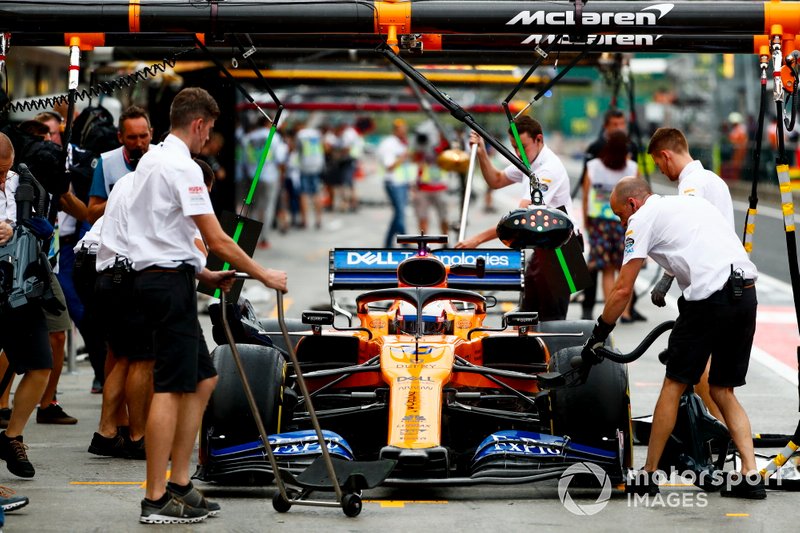 Ferrari: We should have focused more on downforce