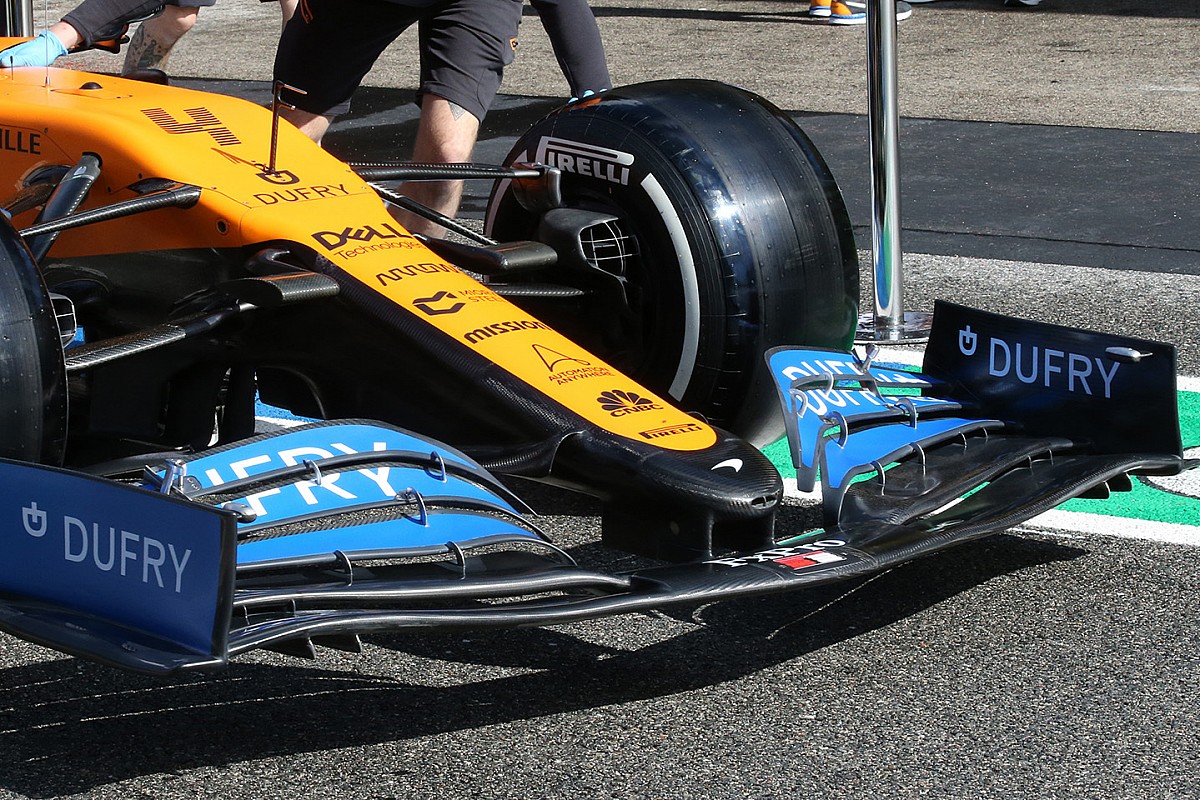 McLaren will gradually introduce the updates it debuted at the Nurburgring two weeks ago after struggling to make a step forward in performance with its Formula 1 car.

McLaren brought some new parts to the Eifel Grand Prix, but was hamstrung by a lack of running on Friday due to poor weather conditions that prevented it from comparing the updates with the previous spec car.

Carlos Sainz opted to run with the new parts in qualifying and the race, but could only qualify 10th as teammate Lando Norris - who stuck with the previous spec - ended up eighth.

Sainz reported that he was "not comfortable" with the new parts, and while he was able to finish the race in fifth place, Norris had been running a long way ahead before an issue forced him to retire.

It has prompted McLaren to scale back the update package and reintroduce it bit by bit to the MCL35 car, starting with practice for the Portuguese Grand Prix on Friday.

"We want to take it step by step," said McLaren technical director James Key when asked by Motorsport.com about the update plans.

"We confirmed the configuration we were happy with to start this weekend with, and we'll be doing the work we intended to do on Friday this weekend and next weekend to gradually re-introduce the new parts and quantify them accordingly. That's our plan."

Key explained that McLaren would run both of its drivers with a similar specification to what Norris raced with at the Nurburgring to begin with at Portimao.

"It's a slight hybrid from what we have," Key said.

"We have the Lando spec of car, effectively, from the Nurburgring to start with here. That incorporates a new nose. I know it's homologated, but actually it's working absolutely fine and just as we expected, so that part is very much current-spec now, we're happy with that.

"We've got some additional updates to bring this weekend as well. We're going to be testing those today. At least one of those could remain on the car for the rest of the weekend.

"And then with the parts we have at the Nurburgring which we didn't get to test, we're going to be doing exactly what we wanted to do then here.

"We're going to introduce the parts bit by bit, and review them and understand them in their own right as we go and seal that up as a package."

Mercedes "would be crazy" to leave Formula 1