McLaren has further refined its COVID-19 protocols after the positive tests that hit other teams at the Eifel GP in an attempt to avoid “complacency.” 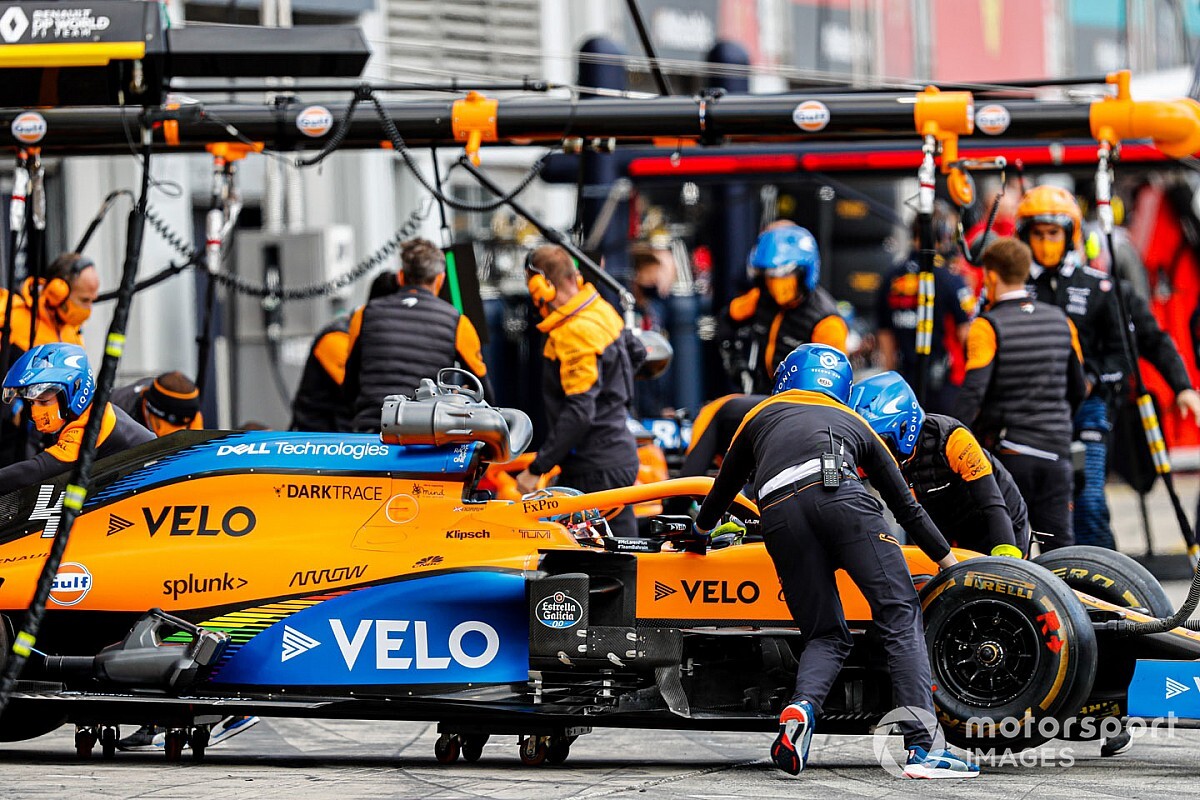 Mercedes had to bring replacement staff from the UK after two crew members tested positive at the Nurburgring, while Racing Point driver Lance Stroll missed the race and then had a positive test after returning home to Switzerland.

McLaren boss Andreas Seidl says that the positive tests were a “wake-up call”, and led to the Woking outfit reviewing its procedures and doing even more to separate team members – including drivers Carlos Sainz and Lando Norris – on race weekends.

McLaren was the focus of the season's first COVID scare when a team members tested positive at the Australian GP.

“I think with everything that FIA together with F1 and the teams has put in place I think has shown that it is possible to do it in a safe way,” said Seidl when asked by Motorsport.com if the recent cases had impacted McLaren’s planning.

"I think from the first race onwards, we had very strict procedures and policies in place within our team, following also the guidelines that are in place from the FIA side.

“The most important thing is as a team that you will simply make sure you don't get complacent on all these procedures you have in place, sticking to the bubbles, making sure you always keep the distance and so on. And what we simply did again.

“After what happened at the Nurburgring, that's just another wake-up call for the entire team to make sure we don't get complacent and we stick to our procedures that we have in place.

“We did some additional measures now for here again, in terms of separating the people even more, as far as it is possible, in the offices and in the garages.

“We did another step also with the drivers to separate them even more from the team during the race weekend, simply to make sure we do what is possible to do together with this testing machine which is in place.”

Seidl confirmed that McLaren has staff on standby at home.

“As a team, we would be in a position to replace a certain number of people and functions, but it's also clear there's a limit of what you can do and still stay operational as a race team.

"So far, we have been lucky and didn't have an outbreak yet on our side. Hopefully it stays like that with all the protocols we have in place.”

Regarding the rest of the season and the trip to the Middle East, he added: “If you look ahead, of course, we're obviously monitoring what's ongoing in the world and in Europe. We have a permanent dialogue with FIA and F1.

"But again, I think with the procedures we have in place and with the protocols, I think we feel all safe in order to go ahead with the races coming. That's how we see that the moment.”