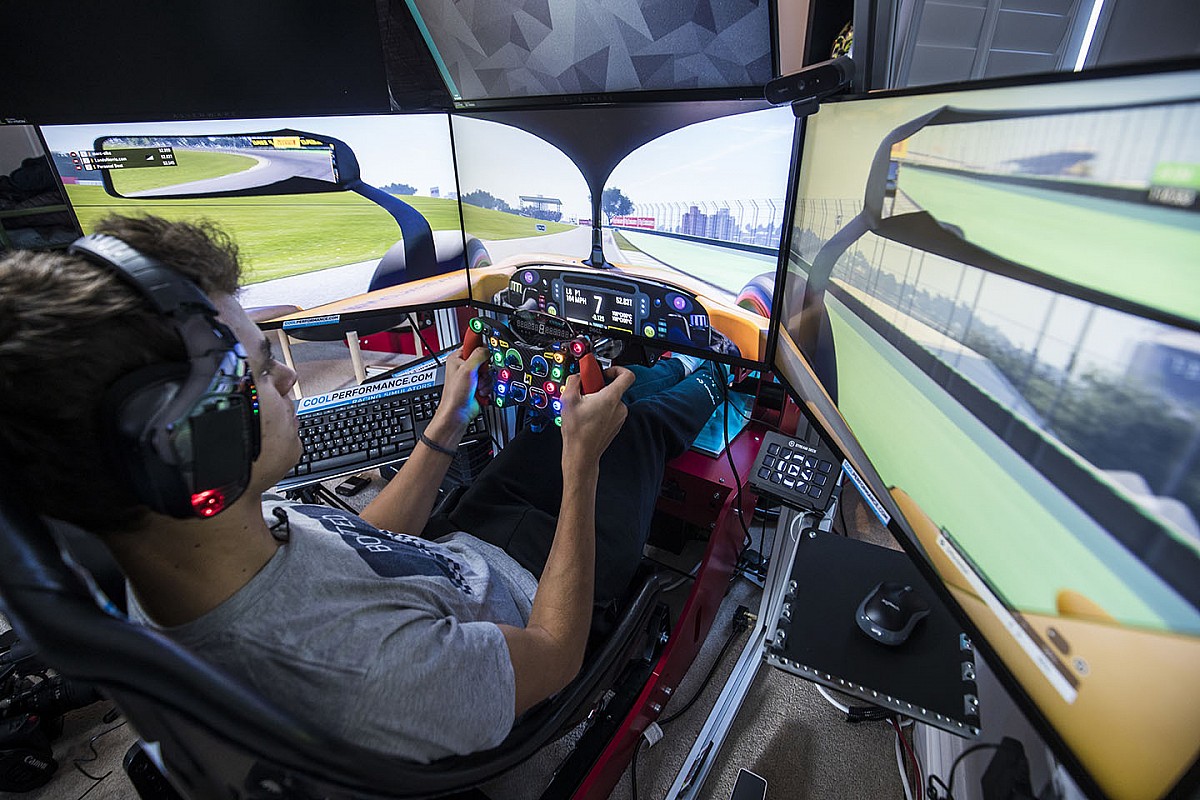 Lando Norris says he has learned all about Max Verstappen's approach to racing from having played him on computer games.

The pair are good friends and have teamed up on occasion to take part in online simracing events – including an assault on a Bathurst 12 Hours event over the winter.

Norris says beyond their gaming being a bit of fun, there have been aspects that have helped him in the real world, including getting to know better about Verstappen's driving style.

Speaking at an event to promote the launch of McLaren's second season of its Shadow Esports competition, Norris said "Racing with other people like that, such as Max, I can already learn things coming into this season.

"I am not really racing Max on track here [in F1], so maybe later on this season or next year we can have some more battles, but I already learned about him when I raced Max and we had some fun races together.

"I can learn how he would drive on the track. I already learned how he would defend, because he is very good at that, and he can be very aggressive at times with his overtakes, and everything.

"Maybe you push a bit more in the sim because you can get away with it, but there are a lot of things I take away from that which I then learned about and knew about Max coming into this season.

McLaren's Shadow project has aimed to take eSports racing to the next level, with its first season having attracted 500,000 entrants across a host of platforms and games before crowning victor Igor Fraga.

It hopes it second season will be bigger and better, as it aims to find the best driver across iRacing, rFactor, Forza Motorsport and Real Racing 3.

As a keen gamer, Norris has kept a close eye on the competition, and says he is always impressed by the commitment and focus of the top-line online racers.

"All these guys are super quick," he said. "They spend not always hours every day practising, but they understand how to drive cars, how to setup cars, and a lot of these things. You even have engineers on simracing to help you go through proper data after each session and try to improve lap times.

"It is not just going around driving and learning how to drive a sim car. You learn about everything: how people drive, the obvious thing of places you can overtake and can't overtake, and how to force people into mistakes and so on, plus where it is hard to follow and not.

"You learn a majority of things, which is pretty cool, and especially someone like Max, who is a real life driver, you learn how he drives in the simulator and how similar it is compared to the track."