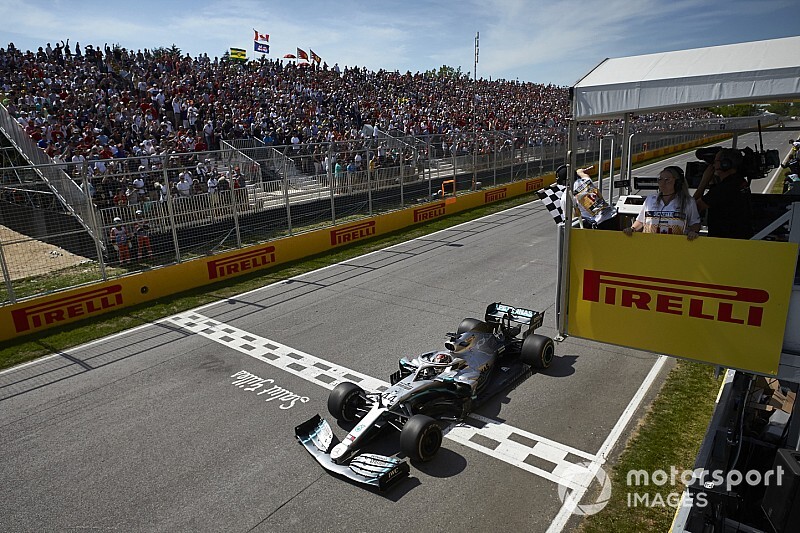 A physical chequered flag, not an electronic panel, will be the definitive signal for the end of Formula 1 races again in the future.

For this season, the FIA changed the wording of F1’s regulations so a chequered light panel became the end‐of‐race signal.

This was a response to the error in the 2018 Canadian Grand Prix, where a mix-up between an official and celebrity guest Winnie Harlow the chequered flag was waved early by mistake.

However, in this year’s Japanese Grand Prix, a systems error meant the electronic panel declared the race over one lap early, despite everybody racing to the scheduled conclusion of the event.

F1’s rules meant the race had to be counted back one lap, gifting Sergio Perez ninth after he had crashed with Toro Rosso's Pierre Gasly on what should have been the final lap, knocking Renault’s Nico Hulkenberg down to 10th and Lance Stroll out of the points entirely.

After the grand prix, FIA race director Michael Masi would not say whether it had been an automatic or human trigger in the flag system that had gone wrong, only admitting “it is one of those that hasn't happened before with the chequered flag board, and we have just got to investigate why”.

But Ferrari’s Sebastian Vettel said it was an example of why only a real chequered flag should end an F1 race, as that is the “ultimate signal” drivers respond to.

This week, Wednesday’s meeting of the FIA World Motor Sport Council ratified the reinstatement of the chequered flag as the definitive end-of-race signal.

The same rules will still apply if it is shown early by mistakes, with the race result being declared at that moment instead of the panel being used as back-up.

F1 teams no longer allowed to hide cars in testing