Pirelli Formula 1 boss Mario Isola is confident that the company’s current tyre specification can be used without problems until the end of 2021 – and he hopes that the recently announced option to test prototypes at race weekends this year will not be needed. 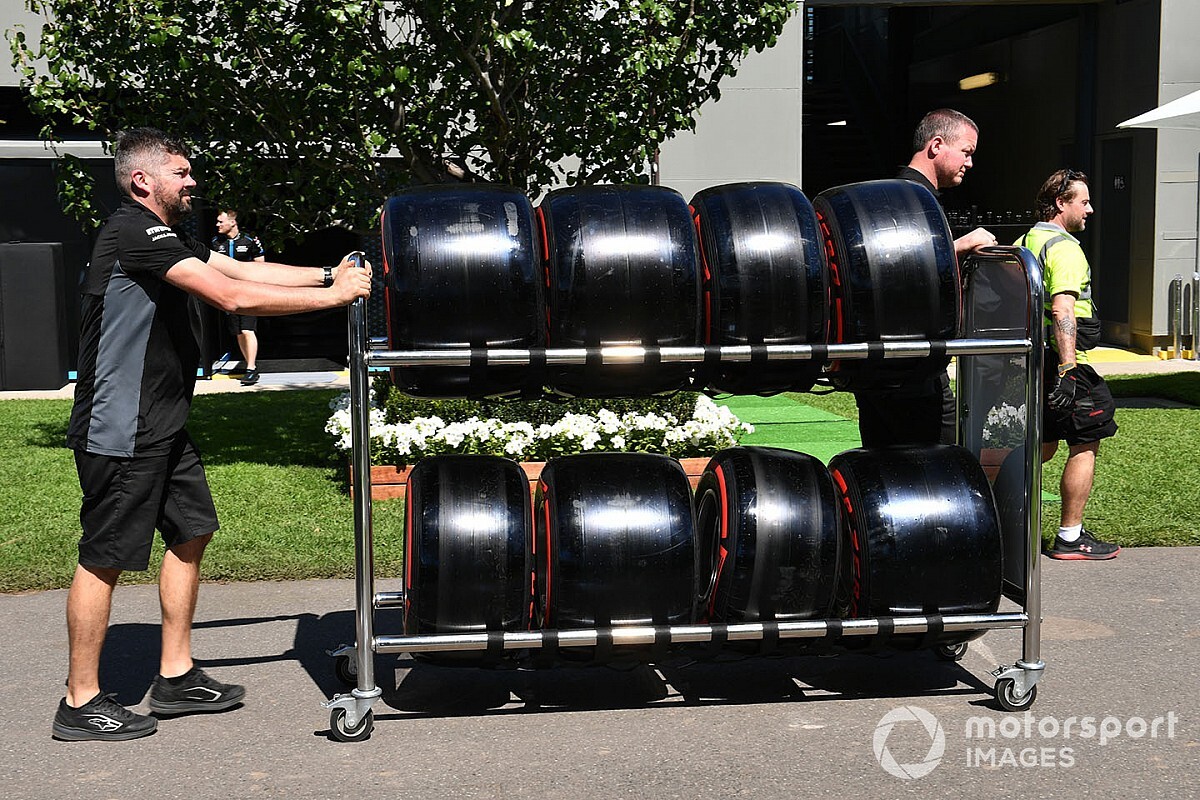 Pirelli is planning to use the same tyre spec for three whole seasons, a situation that is without precedent.

Usually the Italian firm develops new tyres that are designed to cope with the downforce levels that teams are expected to reach by the end of each season.

However, the 2019 compounds and constructions were retained for this season after the teams rejected the intended 2020 tyres that were tested last year.

Then the delay in the introduction of 18-inch tyres as part of the postponement of the new F1 technical regulations until 2022 meant that the current tyres will unexpectedly also have to do duty in 2021.

Thus they will have had to successfully deal with downforce loadings generated by the cars from the start of the 2019 season all the way to the end of 2021.

In order to mitigate that the FIA has mandated a small aero change to the floor regulations which will rein in downforce slightly in 2021, and Isola believes that will help the current tyres cope.

“So we step back one year, or close to. The idea was exactly this, to plan a reduction in downforce in order to make the 2019 tyres last until the end of 2021, without increasing the pressure too much, because increasing pressure means that we go towards the issue of overheating and degradation.

“And we know the drivers are not happy with that, and that is why we have worked together with the FIA and the teams in order to find a solution.

“At the beginning many different options were on the table, but then it was decided that the best one was to work around the floor. That makes sense considering that we are probably going to lose the amount of downforce that they develop during the season.

“This is a very unique season, so it’s difficult to understand how much development there will be, but together with the floor change we also have the restrictions on aerodynamic tests, and the fact that this season will be very much concentrated, so they can develop the car in a short period time.”

Due to the COVID-19 situation and the revised race calendar Pirelli has no dedicated testing programme in place in 2020, so no new tyres are being developed for 2021. Also the company wants to focus on its 18-inch programme, and not be distracted by upgrading the current tyres.

However as previously reported, the FIA has built in some flexibility by allowing for testing of prototype tyres in FP2 sessions this year, should it be deemed that new tyres are required either within 2020, or for 2021.

“The idea was to proceed step-by-step,” said Isola. “Our first request was anything that could limit the performance in 2020, or that can go one step back in 2021.So starting with less downforce in 2021 obviously is helping the tyre.

“We can react with a higher pressure, but if we have help with the regulations, obviously it is better.

“Now we have the confirmation of the change of regulation, and now that the teams have restarted work, we can ask them to prepare some additional simulations on the expected performance for the end of 2020 and for the end of 2021.

“We can then decide if we need to plan any test or not. It was important to put it in the regulations, because when the season starts, it’s too late to discuss this kind of stuff.”

The FIA has made sure that the testing happens at the end of FP2 to ensure representative conditions, so that prototypes are not used for "track cleaning," as was sometimes the case in the past. Teams are also now obliged to run the new tyres in that part of the session.

“The idea is to have if necessary half an hour in FP2 that is dedicated to tyre testing. We don’t have the obligation to supply the same prototypes to everybody, we don’t have to supply two sets, so we can basically use this freedom to make this test more relevant.

“You remember last year the test in Austin was not really relevant? So learning from the experience, we have now this new situation.

"This not a replacement for tyre development tests, because for next year we are planning to have our 25 days of testing for 18-inch tyres.”

Wolff says Hamilton right to take a stand against racism