Pirelli says it still has not got to the bottom of what caused the big testing crash for Sebastien Buemi at Silverstone last Wednesday. 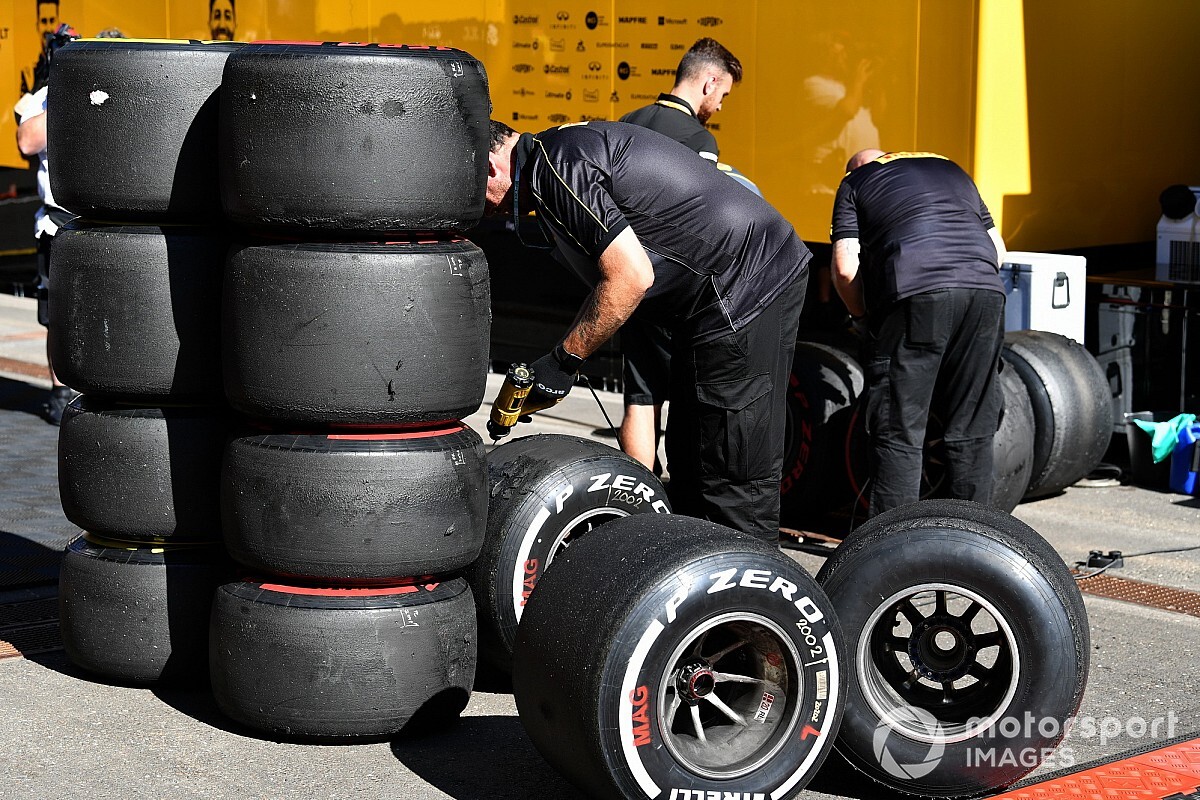 Buemi was taking part in the second day of a two-day session for Pirelli's 2020 prototypes when a failure in the left-rear corner of his Red Bull sent him hard into the barriers at the first corner.

The tyre that he was using was a familiar compound, but a new construction. However, it had already been run by Alfa Romeo at the previous Pirelli test in Austria, as well as by both Williams and Red Bull at Silverstone. Prior to being used on track, it had taken part in the standard indoor tests.

Pirelli F1 boss Mario Isola says the company has not ruled out any potential cause of the problem.

"We are investigating the tyre," he said when asked by Motorsport.com. "It takes some time because we had the tyre back from Silverstone at the beginning of the week.

"Obviously it requires an extensive investigation, together with Red Bull we are working to understand the reason for this failure, and where it started from.

"The same prototype was tested at Spielberg, with Alfa Romeo, and it was tested on day one in Silverstone with both Williams and Red Bull. It was a construction that was already well known and already tested.

"It was the in-lap of the run, it happened in Turn One. The rear left is in pieces, but we have to investigate on the other three from the same set, and the other prototypes of the same type."

Pirelli also has video evidence and data from the team to examine.

"We have all the videos, we have the onboard cameras that were fitted on the car, we have the telemetry of the car. We have a lot of data to analyse, that's why it's taking a bit of time.

"It's not very, very clear. You see the tyre and the rear suspension is breaking down altogether, so it's difficult to understand what happened exactly. But it's a good help to have footage from a GoPro, from the circuit, and so on.

"Obviously it is a priority for us, we have people dedicated to that, we want to discover as soon as possible. We don't have another test tomorrow, but we want to know in advance."

Isola insisted that every area would be examined.

"We want to conclude this investigation by next week, and hopefully we can find something. We don't want to exclude anything, to make sure we are investigating 360 degrees, not forgetting anything.

"We are taking into consideration the tyre, the materials, the interaction with the car, and so on. I don't have any element which is giving us a direction.

"I cannot confirm or deny anything until I have evidence. If we find evidence of any type then we can address the investigation on a specific cause of the failure.

"But at the moment all the investigations are saying that there is nothing wrong with the tyre or with the material or the production process or with the indoor testing, so it's difficult to tell you if we are going in this direction or that direction."