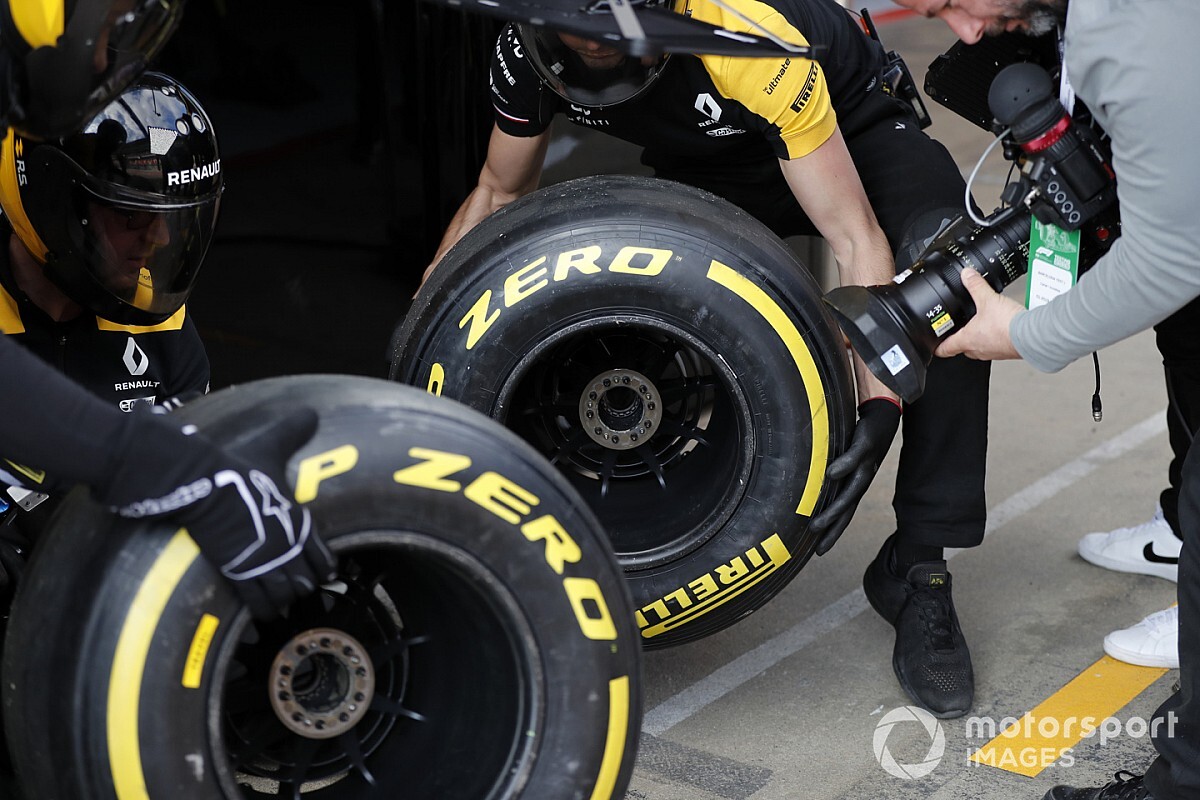 The FIA has adjusted the provisions in this year's Formula 1 sporting regulations relating to testing of extra 'experimental' tyre specifications on race weekends, making the running compulsory.

The move comes at a time when the 2019 tyres have been carried over for a second year after teams voted not to use the spec that Pirelli had originally developed for 2020.

In addition, the same tyres are currently intended to be used next year, and there is no testing programme outside race weekends that would allow for any development.

That has led to some concerns about how well the same tyres could be used for three whole seasons and cope with steadying increasing downforce levels and hence loadings over that period.

The FIA has introduced new restrictions on the rear floor for 2021 in an attempt to rein in that downforce increase.

Although the FIA is confident that the current tyres will be able to do the job until the end of 2021, as a failsafe it has ensured that if any extra tyre testing is needed, there is a proper provision built in for it.

The focus is on having the option to tweak the tyres for 2021, although as previously the rules also allow for a specification change within this season, if 70% of the teams agree. However such a scenario is regarded as highly unlikely.

Instead of only one extra specification of dry tyre being available on a race weekend, Pirelli now has the option to bring more than one.

Previously tyres were available for P1 and P2, and were often used early in the day before track conditions were representative, if at all.

Now the last half hour of Friday’s P2 session has been reserved for such running, moving it away from the “track cleaning” period at the start of practice, and allowing teams time to hone their cars and find a more representative set-up.

Unlike previously this running will be compulsory, with a programme established by Pirelli, and no other work allowed. The rules now read as follows:

“Testing of these additional specifications will be mandatory for all cars, unless the car in question has suffered irreparable damage.

“Testing of these additional specifications must be carried out in the last 30 minutes of P2. The supplier will specify the testing schedule for each competitor during this time interval. Any other on track and/or testing activity not specified by the supplier is not permitted.

“Each competitor may not necessarily be given the same tyre specifications to evaluate. The total number of laps required from each car during this time interval will be the same for all cars.”

Teams will be told about any extra tyre testing two weeks before the race weekend, instead of one, as previously.

There will be no testing outside race weekends during the 2020 season, but one day has been reserved for rookie running immediately after the Abu Dhabi GP. Teams will be able to use two cars for that test, but they are not allowed to modify them in any way.

The 18-inch test programme that was built into the rules for this year, including the end of season running in Abu Dhabi by race drivers, has been postponed to 2021. As previously teams will use mule cars for a combined total of 25 days, commencing on February 1.