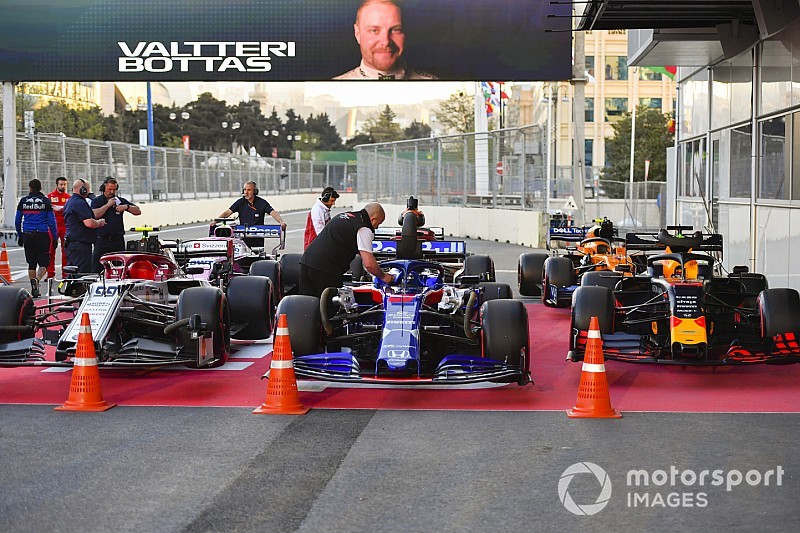 The idea of Formula 1 moving to a new Q4 qualifying format for 2020 appears to have been all but dashed, after next year's official sporting regulations were published with the current system in place.

Teams have recently been discussing a proposal to move F1 to a new four-session qualifying format, which Liberty Media was keen on because it believed it would improve the amount of time cars were on track and increase the chances of frontrunners getting it wrong.

The idea was that four cars would be eliminated after Q1, Q2 and Q3, leaving eight to contest Q4. The top eight would then start on the same spec of tyre that they used to set their Q4 times with.

But amid some scepticism from teams about the benefits, and concerns that limits to the number of tyres could actually hamper running, a number of computer simulations were completed to see what impact it had.

Those simulations left teams in no doubt that, without extra tyres, there was a risk of Q4 turning into an anti-climax – with drivers perhaps only getting one run and some electing not to run at all.

Racing Point technical director Andy Green said about the analysis of the Q4 plan: "It doesn't make a lot of sense to us. There's a lack of tyres, and it seems to promote the top three teams even further ahead. That to me doesn't seem like closing the field up and making for better racing.

"Qualifying is probably one of the least broken parts. For the moment the qualifying spectacle works, and it does what we set out for it to do all those years ago. We've tried tweaking it a few times, and it hasn't really made it any better."

A meeting between teams and the FIA in China led to a push for change stalling, and without the majority support needed to get the rules changed it appears F1 will now remain with the current Q3 format.

F1's 2020 sporting regulations have now been published, and under the rules the only way now for the qualifying system to change would be with unanimous support of the teams – something that is unlikely.

The FIA's Sporting Regulations state: "These Sporting Regulations apply to the Championship taking place in the calendar year referred to in the title ("the Championship") and may only be changed after 30 April of the preceding year with the unanimous agreement of all competitors, save for changes made by the FIA for safety reasons which may come into effect without notice or delay."

Hulkenberg had "no weapons" in puzzling Azerbaijan GP