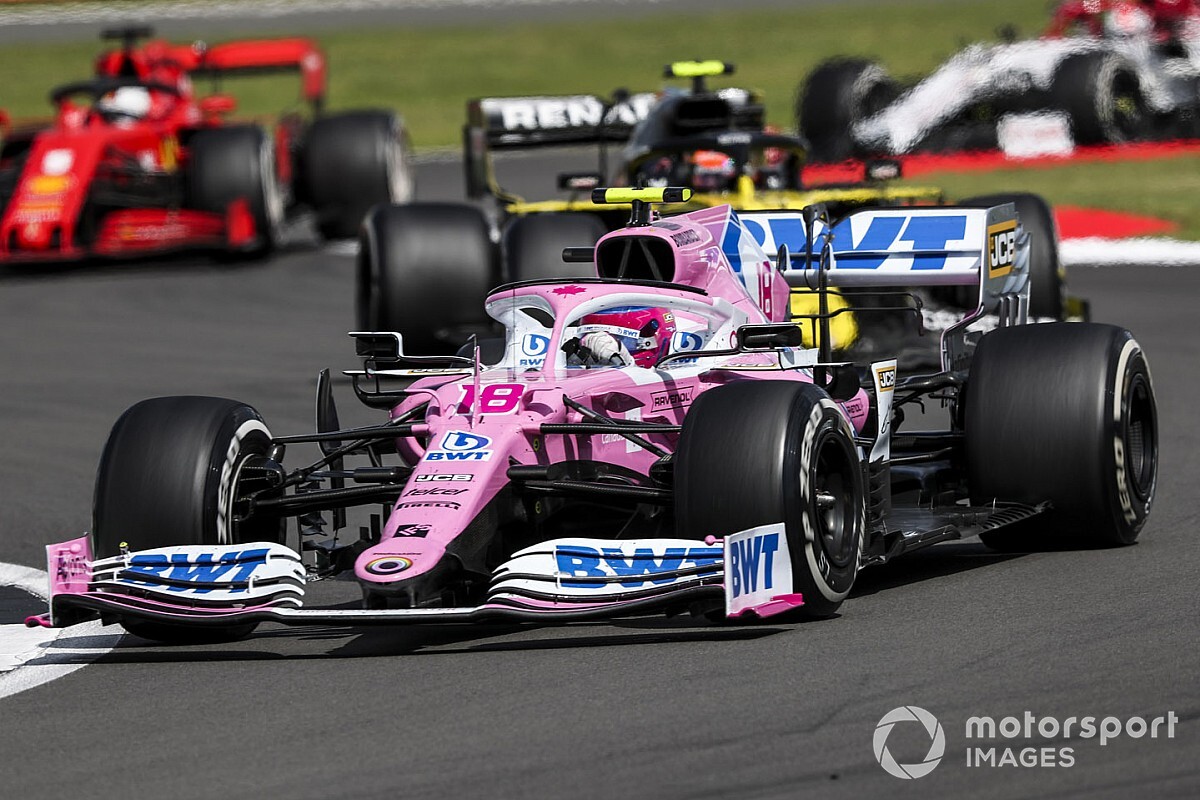 The hearing for Renault’s protest against Racing Point over the legality of its 2020 Formula 1 car will take place at Silverstone today.

Renault lodged a formal protest to the FIA stewards against Racing Point’s RP20 car following each of the last three races in Austria, Hungary and Great Britain.

Renault is challenging the legality of the RP20 car over the independence of the design of the brake ducts amid concerns about Racing Point’s collaboration with Mercedes.

Racing Point has openly said it based the design of the RP20 on the 2019 title-winning Mercedes W10 car, but stressed it did so entirely within the regulations.

The FIA called for representatives from Racing Point, Renault and Mercedes to meet at Silverstone on Wednesday ahead of this weekend’s 70th Anniversary Grand Prix, with the hearing starting at 11:30am local time.

Racing Point technical chief Andrew Green said last week he did not think there was “a case to answer” and that the team’s defence was “very strong”.

Were Racing Point to be ruled against, it would lose its results from each of the last three races where the protests were lodged.

While Renault is the only team to have lodged a protest against Racing Point, many other rivals have aired concerns about the approach of openly copying another design so blatantly.

McLaren team boss Andreas Seidl said F1 risked becoming a “copying championship” if the rules were not clarified and tightened, while Renault has said the case could define how future F1 team models are approached.

Asked about the protest and its impact on F1 future by Motorsport.com at the British Grand Prix, FIA president Jean Todt said it would be “very inappropriate” to comment on it, but stressed the importance of teams remaining independent constructors.

“That has always been the essence of Formula 1, 10 teams which have to make their own car,” Todt said.

“But historically in Formula 1, you have photographers and people taking photos, and you find some similarity between one car and another. It’s part of the history of Formula 1.