Interlagos F1 rival Rio "a land with trees and animals" 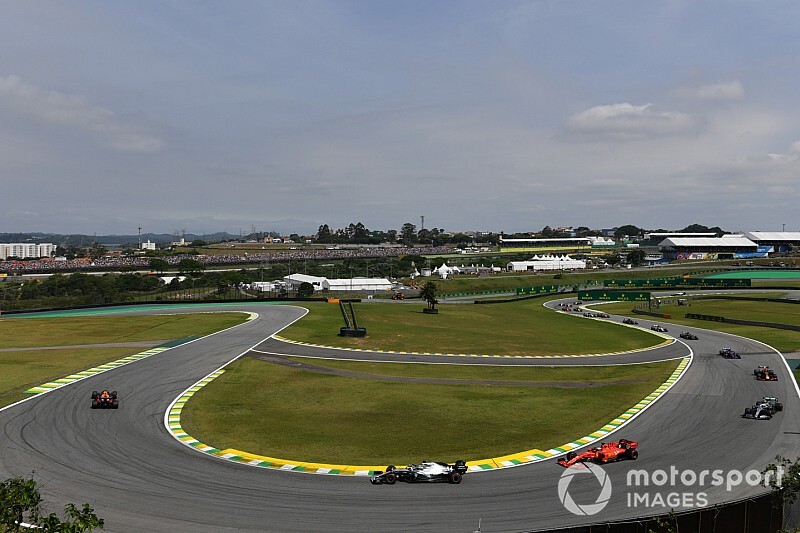 Brazilian Grand Prix promoter Tamas Rohonyi is "99%" confident the race will stay at Interlagos, despite a mooted switch to a new Rio track for the 2021 Formula 1 season.

Sao Paulo's current contract runs out at the end of 2020 and the fate of the race after that date has not yet been decided.

F1 chiefs have been in discussions with representatives from a new track in Rio about switching the country's race there, with Brazilian president Jair Bolsonaro supporting that project and declaring earlier this year that it was "99%" likely to happen.

But Rohonyi is sceptical about the Rio plan and said his confidence in keeping the race at Interlagos was "the same percentage that the president mentioned". He sees Interlagos as the only realistic option for a Brazilian GP.

"I think it is physically impossible for an international event to happen there in 2021. But there are people who don't agree with that.

"Rio became an option because of the president's support, and Bolsonaro had Chase Carey by his side when he said F1 was 99% back in Rio de Janeiro. Today he wouldn't say that."

Rio previously hosted the Brazilian GP in 1978 and from 1981-89 but the Jacarepagua track used for those events has been demolished. Rohonyi thinks Bolsonaro was misled when he said the new Rio Motorpark venue, which is planned to be built on army land, could be ready so soon.

Rohonyi expects a decision about the future of the Brazilian GP to happen early next year - and he says he is seeking a long term deal that could run until 2030.

"For us, it's a very good period of contract," he added. "It is increasingly difficult to work with short term contracts. Big companies do long-term planning.

"Heineken, for example, has its largest market is Brazil, and these guys do not work in terms of two or three years."

Carey insisted during the Brazilian GP weekend that F1 was considering all options.

“We have interests, we have multiple partners that are interested,” Carey said. “It is certainly our goal to continue to race in Brazil for a long time.”

“Generally, there isn’t a specific deadline. Our general practice has been to announce the schedule for the next season around the summer."

Kubica "couldn't do anything" in Verstappen incident