Sainz: McLaren still needs to improve in "every area" 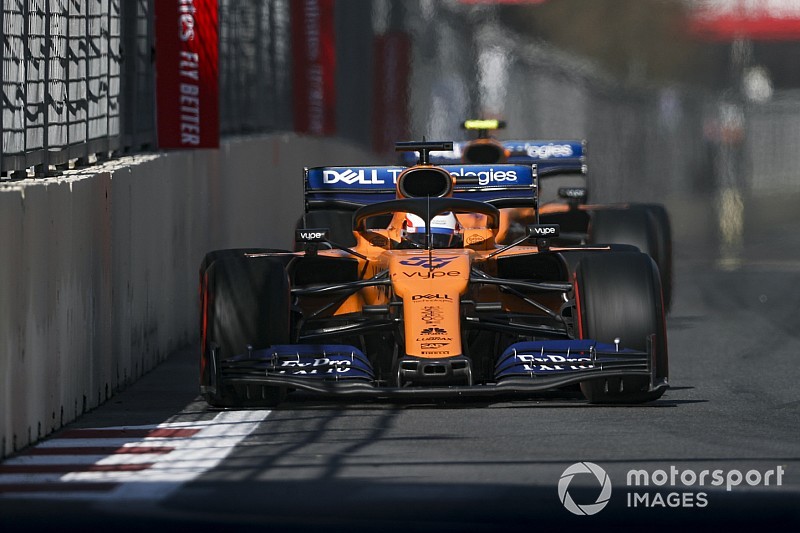 Carlos Sainz thinks McLaren needs to improve in "every area" if it is to achieve its main target – which is to be as good as Mercedes, not to simply be quick in the midfield.

McLaren has shown solid progress this season, and is currently fourth in the constructors’ championship after a double points finish for Sainz and teammate Lando Norris in Azerbaijan.

But although the team is now a challenger for best-of-the-rest behind the top three teams, Sainz says McLaren's ambitions are much greater, which is why it needs to lift its game even more.

"Pretty much every area I think we still need to improve,” said the Spaniard. “Because we look at Mercedes, we see where they are, we look at Ferrari, and then you look at the data and you see that every area of the car needs to be improved."

Sainz says McLaren is clear about where it needs to get to; and being strong in the midfield is no reason to feel its job is done.

More from McLaren in Baku:

Sainz’s seventh-place finish in Azerbaijan was his first points of the year, and he admitted that it was an important milestone to tick off after frustrations earlier in the campaign.

“On a personal level, this one is a bit of a relief after three races where I just had exactly the [same] pace,” he said. “I had it [the speed] in the first three races but just for a reason that I still don't understand, three consecutive runs of bad luck happened to us.

“We finally didn't have any issues and we just demonstrated what we are capable of doing.”

Leclerc "having a negative effect" on Ferrari - Villeneuve