Carlos Sainz has dismissed the "hype" that surrounds intra-team qualifying battles, after losing out to McLaren teammate Lando Norris 11-10 this year. 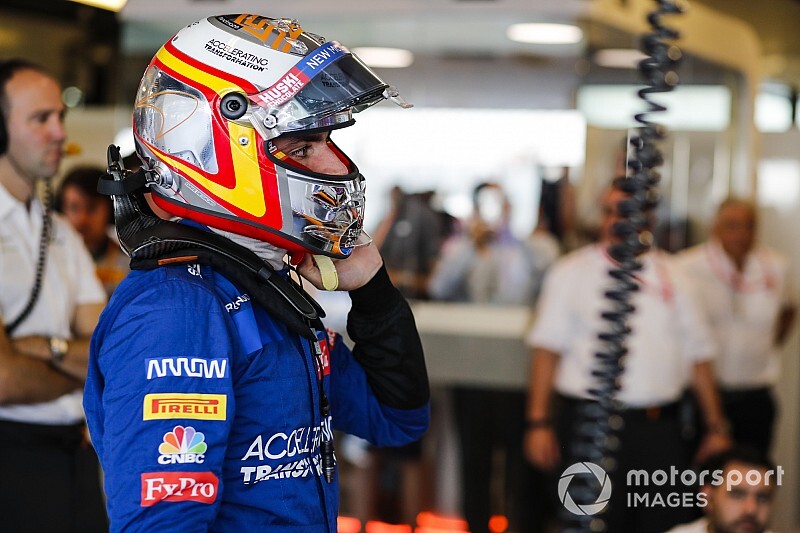 Norris set the seventh fastest time in qualifying for the Abu Dhabi Grand Prix, two positions ahead of Sainz, to end the year with the advantage over his teammate in terms of who has started ahead the most.

But Sainz has downplayed the significance of that tally, especially because there have been occasions – like the last race in Brazil – where he has not been able to properly qualify because of engine change penalties.

Asked if it was frustrating that the tally between him and Norris had been so close this year, Sainz said: "From my side it's not frustrating. Actually I think it's great news for a team to have a guy that pushes you all the way through the year.

"I think Lando has done a great job in qualifying. This year he's been very quick at every point during the season.

"I think you guys look a bit too deep into these numbers because there's always two or three qualifyings a year where someone is unlucky, you don't even take part in qualifying because you have an engine penalty.

"So honestly these 21 races, there's so many things that happened. I think you guys give this battle a big, big hype and it's sometimes you don't even take part in three qualifiers and you put it as 3-0 for someone."

Norris also moved to play down the importance of the 11-10 qualifying tally, saying the thing that mattered more to him was how good a job he did himself, rather than comparisons with Sainz.

"That is not the thing I'm happy about or disappointed about," he said. "The thing that I get unhappy with, like in other races and so on, it's just when I've done a good job or a bad job, it's not who I've beaten or not beaten.

"The times when I've been annoyed was Singapore and Japan when I've made a mistake, and it's cost me one or two positions.

"So the reason I'm happy is because I didn't make any of these big mistakes, I put the laps together and yeah, it put me ahead on the Renault by two hundredths so that's what I'm happy with.

"It's not that I've outqualified anyone or not qualified anyone. It is just the fact I did a better job with my laps and my own performance. So, that is the main thing."

Wolff "totally okay" if Hamilton has had talks with Ferrari

Toto Wolff on having no drivers at the end of 2021