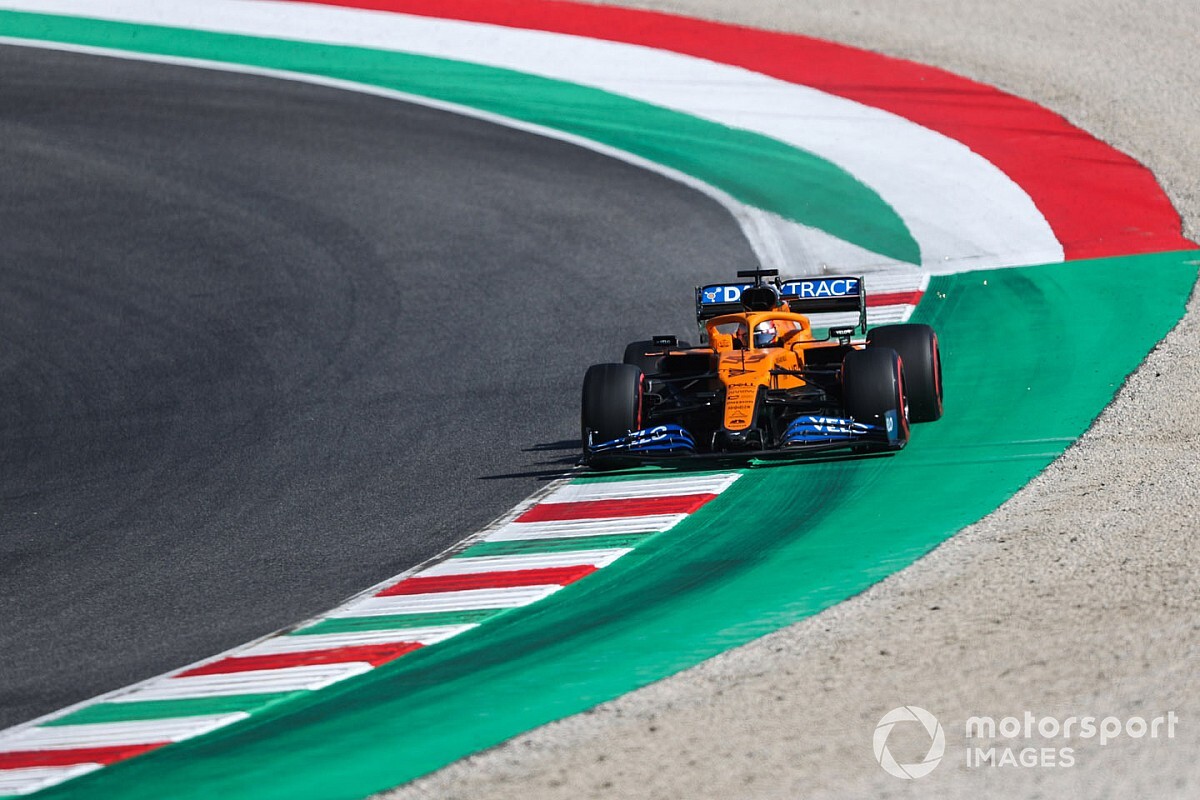 With F1 owners Liberty Media actively pushing for trials of reverse grid qualifying races next year, some teams have also talked about the idea of shaking up the calendar with invitational races in the future too.

This has come off the back of the success of the recent Tuscan Grand Prix at Mugello, with fans, teams and drivers raving about the addition of a new venue.

But Seidl says that there is no need for F1 to try anything radical, because the only factor that is hurting the spectacle at the moment is that Mercedes is too good.

He believes that 2022‘s new F1 regulations will already do enough to close up the field, so there is no need for anything extra to be thrown into the pot.

“But with one team with, let's say, the big resources having made simply a sensational job compared to the other two, unfortunately that ended up this year in the dominance of Mercedes. That's the issue.

“I think in the end Mercedes worked hard to get there over the years, so they deserve also to be that dominant and to have the wins.”

Seidl reckons that a closer grid, plus the ability for 2022’s F1 cars to be able to follow each other much better, will negate the need for anything artificial to spice up the show.

“With everything that is planned from 2022 onwards. I'm very optimistic,” he said. “I’m hopeful that actually we create over the years a field that is a lot closer together, and a more level playing field.

“And also the new technical regulations should help. The racing on track and cars racing close to each other should help a lot to improve the show.

“That's the reason why I'm not a fan of introducing any artificial randomness into Formula 1 because that's for me not F1.”

Vettel open to idea of spec-car race for F1 drivers

Sainz: Fans "can laugh as much they want" about Ferrari move