Vettel open to idea of spec-car race for F1 drivers

Sebastian Vettel would relish the opportunity to race his Formula 1 rivals in a saloon car race, but fears the times of drivers trying out different cars are “gone”. 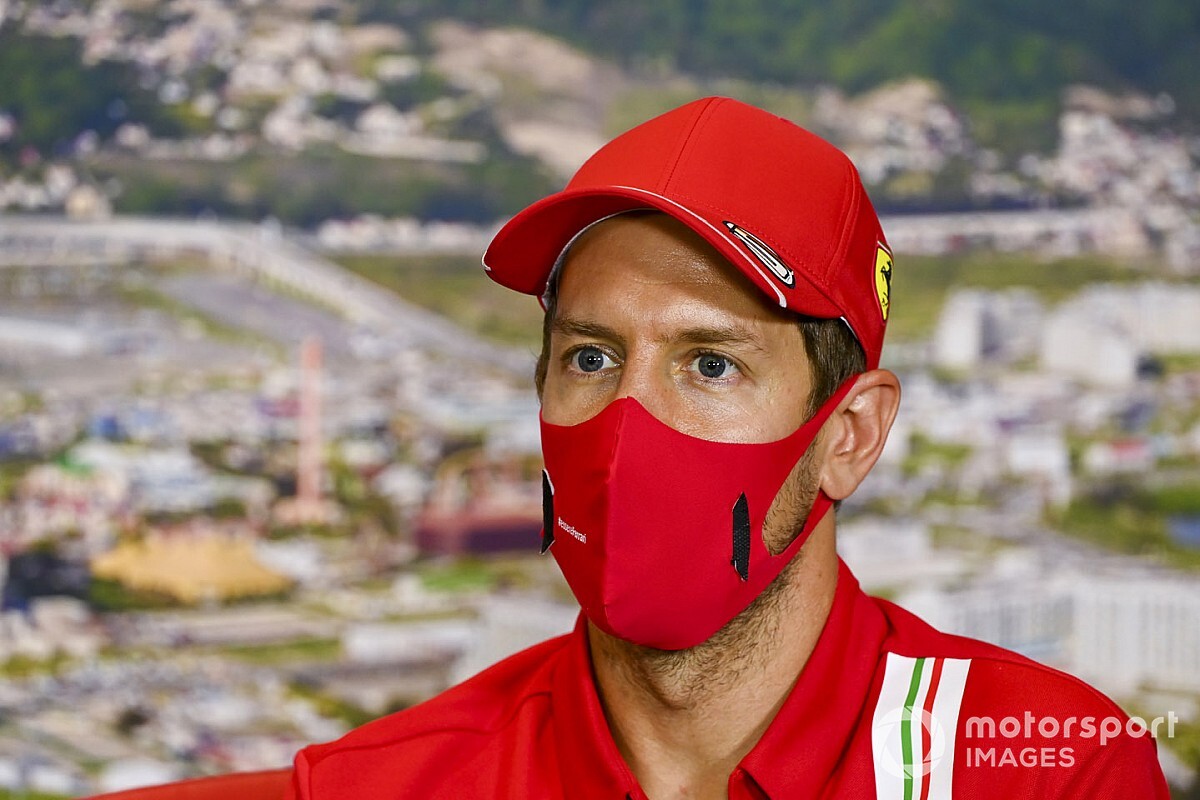 F1 will return to the Nurburgring for the Eifel Grand Prix next weekend, but there are no single-seater support races currently scheduled, with F2 not returning until Bahrain and the F3 season having concluded at Mugello.

Races for the Renault Clio Cup and Touring Car Legends series are on the schedule, but it is otherwise sparse.

To mark the opening of the new track, the Nurburgring famously held a race in 1984 featuring 10 F1 world champions and a number of other grand prix drivers, all of whom raced in Mercedes 190 E cars.

The race was won by then-British F3 champion Ayrton Senna, marking the Brazilian out as a future star three weeks before his maiden F1 podium finish at the Monaco Grand Prix.

F1 has not since held a similar event pitting its drivers up against each other in identical machinery, but four-time world champion Vettel was open to the idea.

“That would be fun, I would be up for it,” Vettel said. If we had the chance in touring cars or something, where we could race each other hard, I don’t know if that would maybe jeopardise the show of the F1 race following after that too much.

“I think it would be fun. This is a long time ago, but nowadays, we are doing so many F1 races, but it would be nice to do other races as well in other cars.

“Back then you had much more of a change in terms of drivers driving in Formula 1, Formula 2, anything really, week in, week out.

“Now obviously the level is really, really high, and you focus on one thing. I think for us drivers it would be fun to have the ability to mix and do other cars and other categories as well.

“I can see also then it would take some of your focus away, and then it would start a whole package of arguments. I guess those days are gone.”

Brendon Hartley and Fernando Alonso are the only recent F1 drivers to have balanced duties in the series with another category, racing in the FIA World Endurance Championship in 2017 and 2018-19 respectively.

McLaren’s Carlos Sainz thought it would be interesting to see how F1 drivers fared in equal machinery, but would only want to do so in grand prix machinery.

“I want to compete in nearly the same conditions to them in a Formula 1 car,” Sainz told Motorsport.com.

“I don't mind about anything else. As a driver, you always want to see where you are on the fastest car in the world, and that is a Formula 1 car.

“I wish one day we could all have the same Formula 1 car and see who's the fastest. That would the best or the most fair test. That is impossible to have I think.

“In the end, F2, F3, rally, or anything else, is different to what we are professionals from. We are professional Formula 1 drivers and we are experts at driving the fastest cars in the world.

“So what I would like to compare against the other 19, is to just get the same Formula 1 car and see who can adapt quickest and see who's the fastest.”