Haas Formula 1 boss Gunther Steiner fears that team orders may now be the only way to stop his drivers crashing into each other – as he said he cannot allow things to continue as they are. 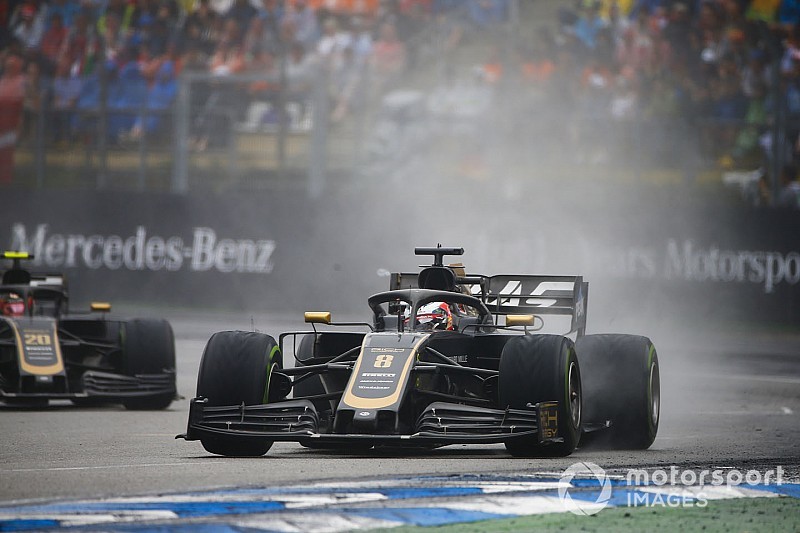 Despite Kevin Magnussen and Romain Grosjean having been warned once again ahead of the German Grand Prix to avoid trouble after their collision at Silverstone, the pair still banged wheels once more.

Having hoped that his drivers would have learned from incidents this year, which included a clash at the Spanish Grand Prix, Steiner now says he must take action to ensure there are no repeat incidents.

Asked by Motorsport.com if stopping his drivers racing each other was now the only option, like Force India did with Sergio Perez and Esteban Ocon, Steiner said: “I need to think about it but there are not many options.

“I think at some stage something needs to be done. I normally try to avoid it, as you guys know, I like racing, I think that's what we should be doing - but if it works always against us, I can't keep it happening.

“We got lucky that nothing happened, that they both were there, but it could affect them again.”

Steiner said following the collision at Hockenheim he intervened and told Magnussen to concede the place to Grosjean, who at that stage of the race was faster.

Asked why he hadn’t made the order earlier before the clash when Grosjean was closing in fast, Steiner said: “It wasn't so obvious, and again - why you don't run in to any other car?

“Common sense needs to come in play here. If I have to take every overtake manoeuvre, call it myself, then I better go and drive myself. And that will not be quick.”

Steiner said the aggravation being caused by the tension between his drivers was especially annoying because the team was facing a battle to try to better understand its car.

He added: “But you can't keep on, every race, running into each other. It's getting old.”