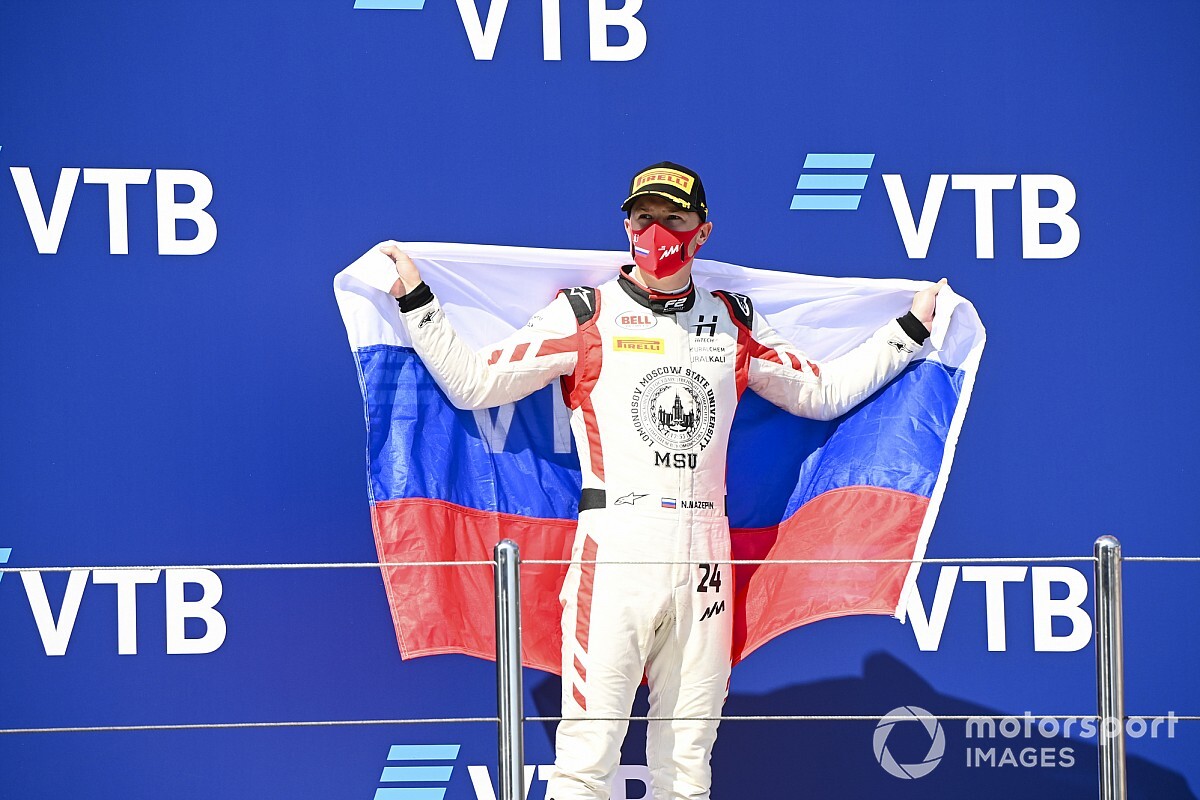 Haas Formula 1 boss Gunther Steiner has responded to criticism of the team taking the well-funded Nikita Mazepin by pointing out that even Niki Lauda paid to get into F1.

Mazepin was announced as a Haas driver for 2021 earlier on Tuesday, and while there has been no confirmation of the commercial arrangements, the logos of his father's Uralkali concern are expected to be seen on the car.

With several other sons of wealthy fathers landing seats on the grid inevitably there has been some scepticism about the choice on social media.

However Steiner insisted that it isn't unusual for talented drivers to benefit from financial support, and said that Mazepin has already proved his skills in F2, where he lies third in the 2020 championship.

"There's a lot of drivers who get into F1 thanks to financial backing," said Steiner. "There are very good drivers in F1 who in the beginning brought a sponsor.

"The first one to call is Checo [Perez]. Checo came to F1 and it was, 'He's a pay driver.' Look at Checo now, he finished on the podium, he's doing a good job.

"George Russell for me is one of the best drivers, but without the help of Mercedes he wouldn't be anywhere.

"There's a lot of them there – Lance Stroll, he was on the podium. If they are good in F2, and they have a sponsor, that's a perfect solution."

Steiner also cited his former Jaguar Racing colleague Lauda, who paid for his first two full seasons with March in 1972 and then BRM the following year, as recounted in the movie Rush.

"When I spoke with Niki a long time ago he said, 'I made it into F1 thanks to a bank which sponsored me, so I could go and buy a drive,'" said Steiner. "I think it was BRM at the time. And he was a three times world champion."

Steiner stressed that Mazepin's strong F2 form has qualified him for the drive.

"Why would you choose that one with no financial backing? I think as long as they are good in F2, and Nikita is, he's lying third at the moment, I cannot doubt him. What else do you need to do?

"I followed him the whole season, what he was doing. For sure he had a difficult start, and without that difficult start, he would be fighting for the championship. So that is what I see, I can't see any more than that. Results always talk."

When challenged about following fellow wealthy sons Lance Stroll and Nicholas Latifi into F1 Mazepin himself pinpointed their abilities.

"So quite simply, I would say, you've pulled out two names, and I think there's 20 on the grid," said the Russian.

"What about them? They're very good professional racing drivers who have both achieved amazing results in their single-seater careers."

Todt made sure Grosjean spoke to wife in medical centre