AlphaTauri Formula 1 boss Franz Tost has confirmed that F2 racer Yuki Tsunoda will drive for the Faenza team at the Abu Dhabi rookie test in December.

Tost also suggested that the Japanese driver is in the frame for a race seat next year, should he qualify for a superlicence and Red Bull decide to promote him.

Tsunoda, who currently lies fourth in the F2 championship standings in his rookie season, will start Saturday’s feature race at Spa from pole position, having previously taken pole at the second Austrian event.

As a protege of both Honda and Red Bull the 20-year-old has emerged as the driver most likely to step up with AlphaTauri, and Tost hinted recently that he would test the car this year.

The Austrian has now gone a step further by saying Tsunoda will "for sure" drive in the end-of-season rookie test after the season concludes in Abu Dhabi.

“I’m not only impressed with his driving in F2, I was impressed with him last year in F3 as well and the years before,” said Tost. “He is a high-skilled driver and he has all the ingredients together to become a successful F1 driver.

“For sure, he will test for us in Abu Dhabi at the young driver test. Whether he will drive for us next year or not, this is being decided by Red Bull and it depends also whether he gets a superlicence.

“If he continues like now then he will be within the first three or four drivers in the F2 championship and it shouldn’t be a problem to receive the superlicence, and the rest then we will see.” 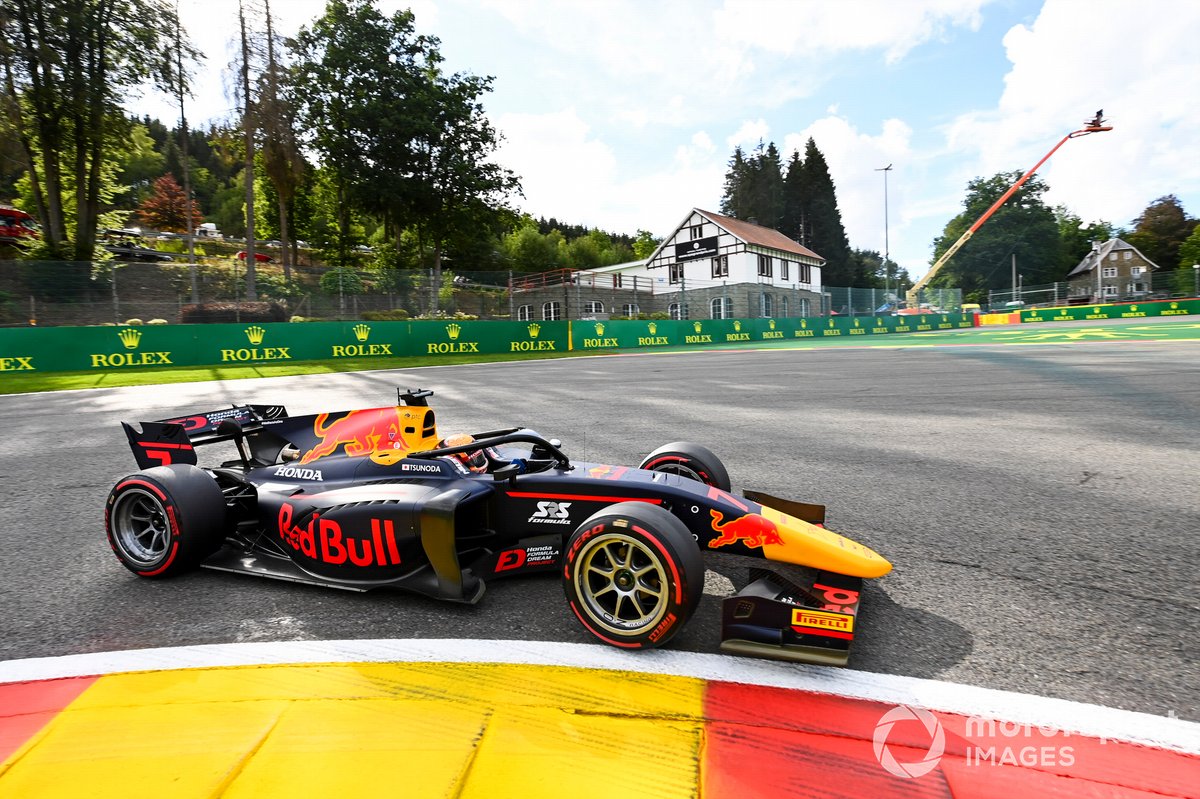 “It has been written that there are no more new [Red Bull] juniors, but we have Yuki Tsunoda, who is doing great in his first year in F2,” Marko told Motorsport.com.

“He had two technical failures. Without them, he would have as many points as [Robert] Shwartzman [who is second in the points behind Callum Ilott].

Asked if talk of an F1 graduation was distracting, Tsunoda said that he is fully focussed on his F2 programme with Carlin.

“I race of course for taking first in the championship,” he said. “And I didn’t change anything about the target for that. Also, I know I need to take good points to drive F1.

“So yeah, it’s a good thing of course Franz and also Helmut talking about me driving F1 next year, or doing the rookie test this year. But I always concentrate and focus only for F2.”

Binotto: Ferrari's Spa woes not just down to engine

Tsunoda: "I didn't know what I was doing" in F1 debut year

Tsunoda: F2 experience will help me with F1's new tyres