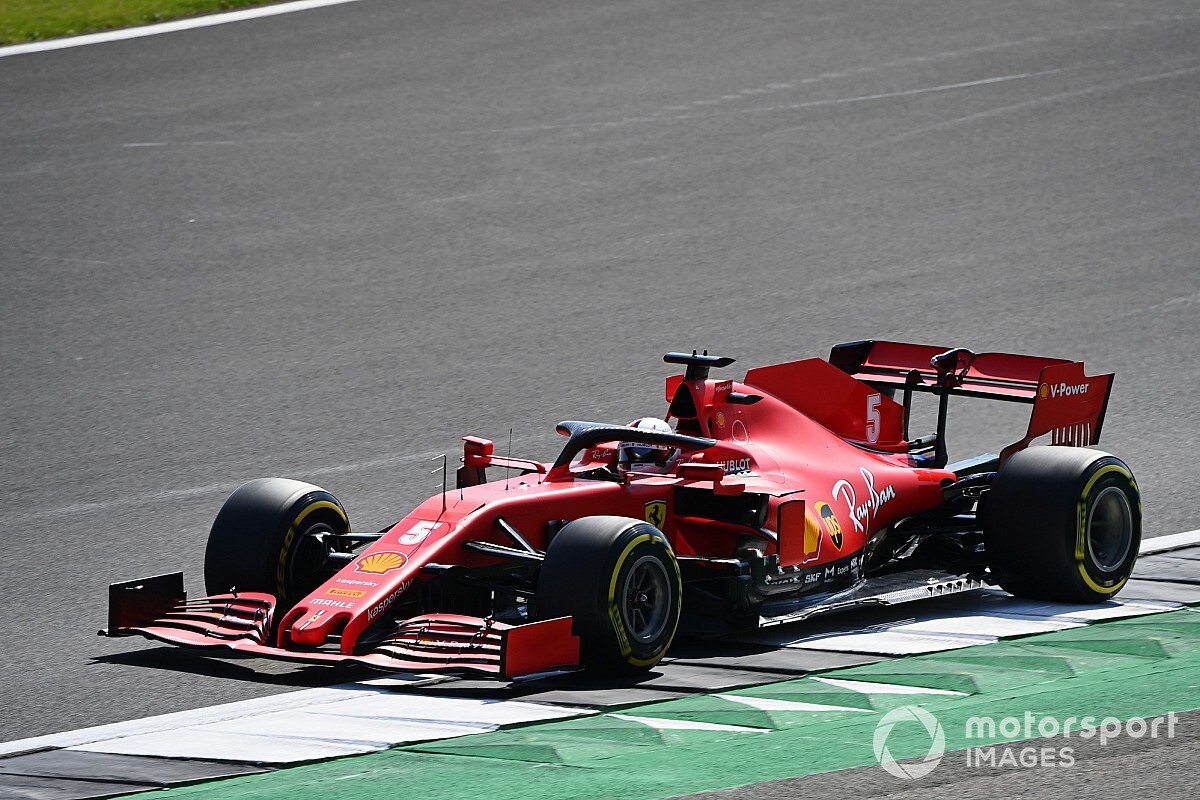 Sebastian Vettel feels like he is going up against a wall in trying to work out how to get more speed from his Ferrari at Silverstone.

After a tough time at last weekend's British Grand Prix, Vettel had hoped for an uplift in form at the 70th Anniversary GP. However, he has not shown much better form and failed to make it through to Q3 again.

With teammate Charles Leclerc ending up eighth on the grid, Vettel could only set the 12th fastest time in Q2 – but will start in 11th spot after Esteban Ocon was given a grid penalty.

Speaking to Sky Italia after qualifying, Vettel said that he and the team had run out of answers as to what was lacking with his car after trying a host of experiments.

"We've tried a lot of things and I have to compliment my team on the work they've done," said the German. "This weekend I feel a bit better in the car than I did last weekend, but looking at the stopwatch you can't see the difference.

"I feel like I'm going up against a wall. I don't think there is any more potential in my car. Being 12th is disappointing and having this gap to Charles [Leclerc] also, but as I said, I am doing everything I can and I don't think the car can do more than it did today."

Vettel said that he was not trying to find any excuses as to why things were so difficult right now, and he said the ultimate problem was a simple lack of speed.

"We are in the same position compared to last week, nothing has changed," he said. "Everyone is pushing and giving their all, but it seems like there is something we just can't change."

He added: "If I'm honest we're in this position because we're not fast enough. We have been clearly beaten by those in front of us.

"It's not a question of bad luck or anything. Tomorrow it will be difficult to bring home points but we will try to do our best. We'll see what we can do."