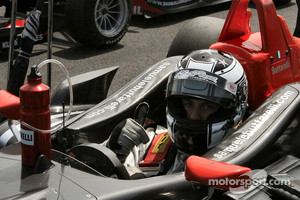 Italian driver Samuele Buttarelli will race in the FIA Formula Two Championship in 2012 after switching from the Auto GP series.

The 19-year-old raced with TP Formula during the 2011 season, becoming a regular points scorer to finish eighth overall with two wins and four podiums. He brings with him a wealth of single seater experience including a successful season (2010) in Italian F3, ending eighth with four podiums, as well as European F3 Open, International Formula Master and Formula Renault 2.0.

Buttarelli has yet to do an official test in the Williams F2 car but is confident he can still achieve strong results this weekend at Silverstone (14/15 April) given the extensive track time available to F2 drivers: "I'm very happy to be racing in F2. It's been very tough to secure the budget and we've been working very hard over the past six months to make this happen. Despite this being a late deal I think we can be pretty competitive against the Silverstone line-up and achieve strong results this season."

Jonathan Palmer, Formula Two Chief Executive, added: "I'm very pleased Samuele has chosen to race in F2 this year. With his experience in high powered single seaters, he should adapt well to the 500bhp Williams designed JPH1B F2 car and given his success in Italian F3 and Auto GP I expect him to be challenging for podiums this season."