Di Grassi: Ousted Abt deserves another chance in Formula E 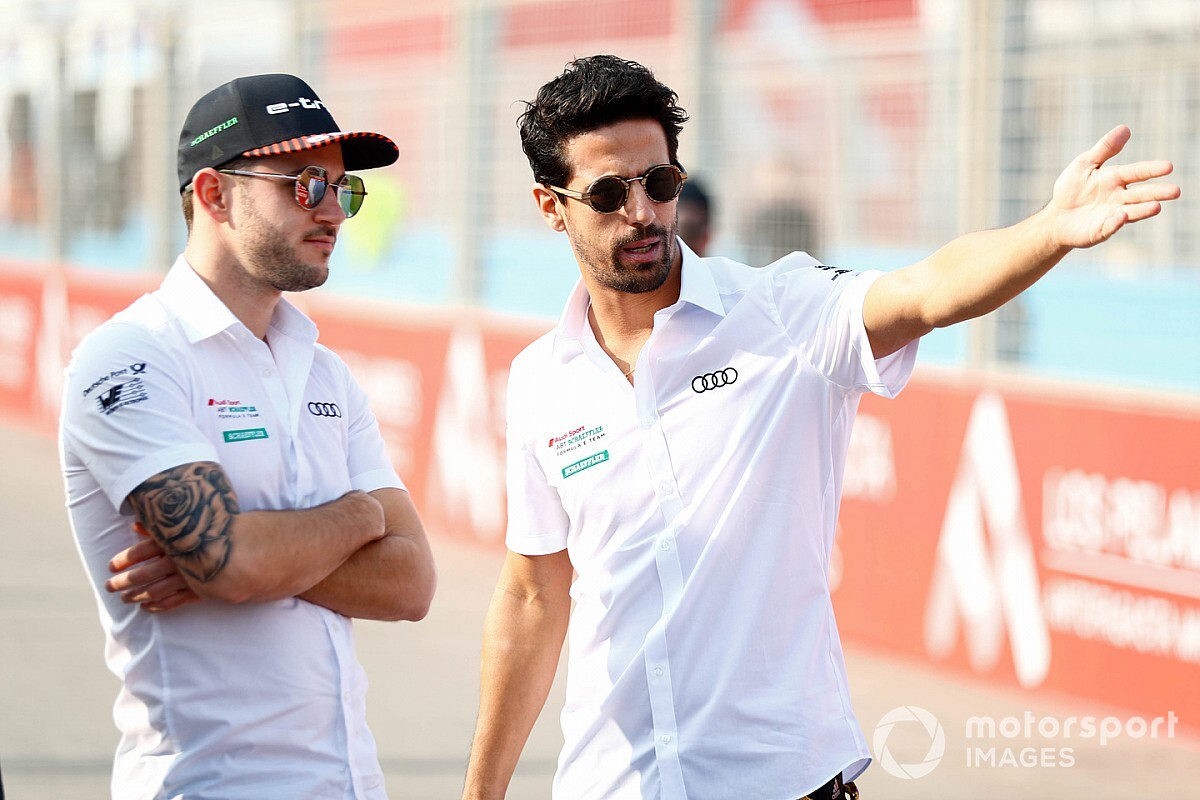 Lucas di Grassi says he will miss having Daniel Abt in the Audi Formula E team and believes the ousted German merits another drive in the series.

In a statement, the 27-year-old explained that no money had changed hands and that the “huge mistake” was not intended to make him look better in the Esports arena.

It is understood that he was on a rolling 12-month contract and that Audi’s DTM exit would have increased competition for drives, with two-time series champion Rene Rast - who is due to test a Formula E car next month - also within the Audi fold.

Abt’s best season in FE came in 2017-18, the last with the first-generation car, when he scored two wins in Mexico and Berlin to finish fifth in the standings.

His only points of the current campaign came from a sixth place finish in the second race of the year in Diriyah.

Di Grassi and Abt had been teammates since FE’s inaugural 2014/15 season prior to Audi joining the series as a full works entry ahead of the 2017/18 season and were the only driver pairing to remain unchanged until Abt lost his drive last month.

Speaking to Motorsport.com, 2016/17 champion Di Grassi described Abt as an “underestimated” driver and worthy of a seat elsewhere in the series.

“I’m really going to miss Daniel in the team and I think he has the talent and the capacity to be on the Formula E grid and still have good results,” he said.

“We were in different career stages when we first met and we started driving in Formula E.

“He became a very good driver while driving with us, he definitely deserves to be on the Formula E grid as a driver and I think people underestimated his ability.

“He is very talented, has a very good speed and in the last few years of the championship I think he was extremely competitive, so he definitely needs to be there.”

Di Grassi added that their six years together had “ups and downs like any marriage”, but explained that they “developed a good relationship”, despite concerns when he joined the Abt Sportsline team in 2014 that his teammate would receive preferential treatment.

“When I joined the team I was a bit worried that because of his surname, he would be preferred in the team,” Di Grassi admitted.

“But even when it was all run by Abt, the team behaved in a very professional manner and the main objective was to win regardless of whether it was me or Daniel.

“He was a good teammate, we never had big fights within the team.”

New series: Under the skin of Mahindra’s electric power