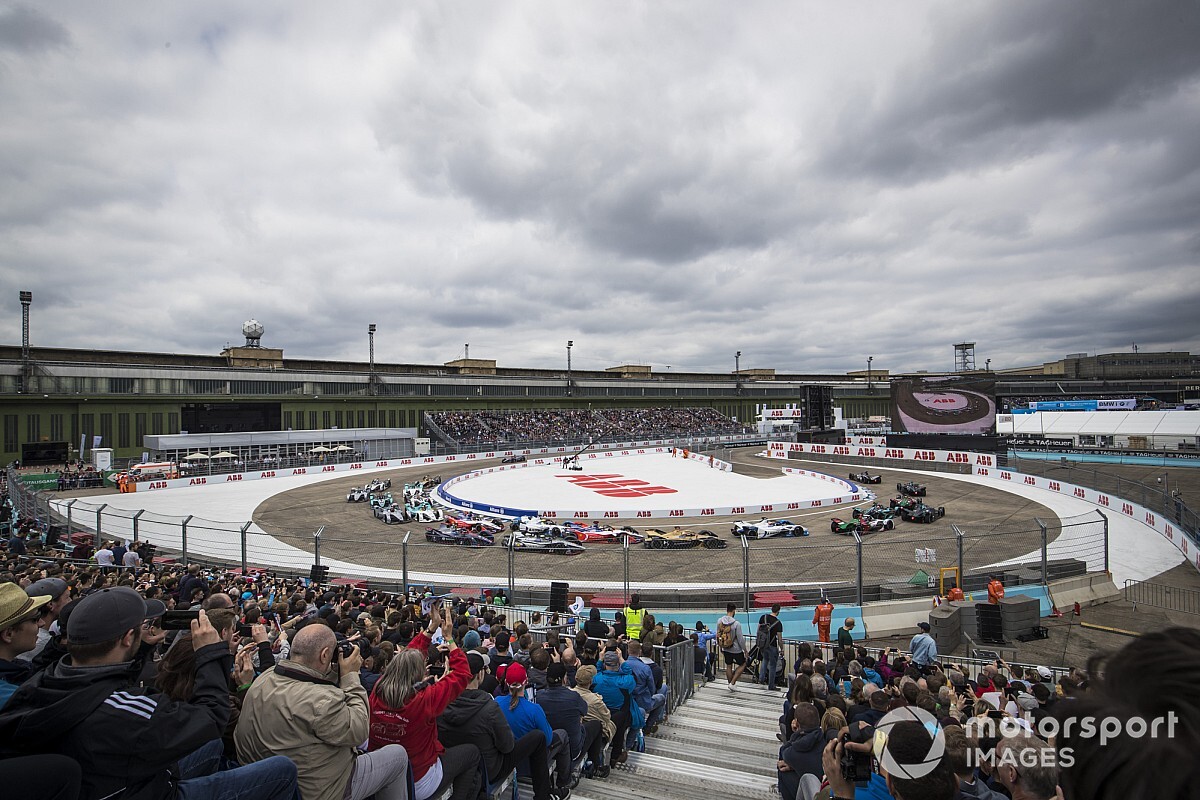 The championship suspended its season in March initially for two months due to the global health crisis, and the hiatus was then extended through until the end of June.

It has now announced three double-header events - two of which are mid-week - for August 5/6, 8/9 and 12/13 to complete the season at the airfield following FIA approval.

To meet German government guidelines that remain in place until September, the races will be held behind closed doors and only essential staff and competitors will be granted access to ensure a site limit of 1000 people.

Series CEO Jamie Reigle said: “Since taking action to suspend our season in March, we have emphasised a revised calendar which places the health and safety of our community first, represents Formula E’s distinct brand of city centre racing and offers an exciting conclusion to the compelling season of racing we had seen so far.

“We’re heading to Berlin Tempelhof, a venue that our teams, drivers and fans love, to stage a nine-day festival of racing with three back-to-back double-headers. The festival will feature three track layouts, presenting a new challenge and creating the conditions for an unpredictable and drama-filled climax to our season.

“The team at Formula E has been working incredibly hard over the past weeks to enable us to go racing again in Berlin. I’d like to thank the FIA, our manufacturers, teams and partners for their continued support, the city of Berlin for their cooperation and flexibility and our fans for their patience.”

FE co-founder and chairman Alejandro Agag told Motorsport.com that championship organisers had been planning to stage another “five or six races” this season. He also said last month that the current campaign could have been scrapped should it not have been possible to race before October.

The announcement of the revised calendar also confirms a delay for the inaugural Seoul E-Prix. It is believed that talks about a race in South Korea - which would pay a host fee - had continued owing to the nation’s rapid response to COVID-19.

FE has so far held five races this campaign, split across four events, with six events required by the sporting regulations to meet minimum championship requirements.

Audi is yet to confirm who will partner Lucas di Grassi, after two-time race winner Daniel Abt was effectively dropped by the team when he had a sim racer take his place in the Race at Home Challenge Esports competition.

Mahindra will also enter the six remaining races without Pascal Wehrlein, with the ex-Formula 1 driver announcing via social media that he had left the team with immediate effect.

Jaguar has also announced a seven-race programme to complete the 10-round calendar for the final season of the I-Pace eTrophy series, subject to FIA confirmation.

The one-make electric SUV series will be mothballed at the end of the 2019-20 campaign, after only two seasons of its three-year deal to support certain Formula E events.

Most notably, two races - including a reversed-grid contest- will take place on Sunday 9 August.

New series: Under the skin of Mahindra’s electric power