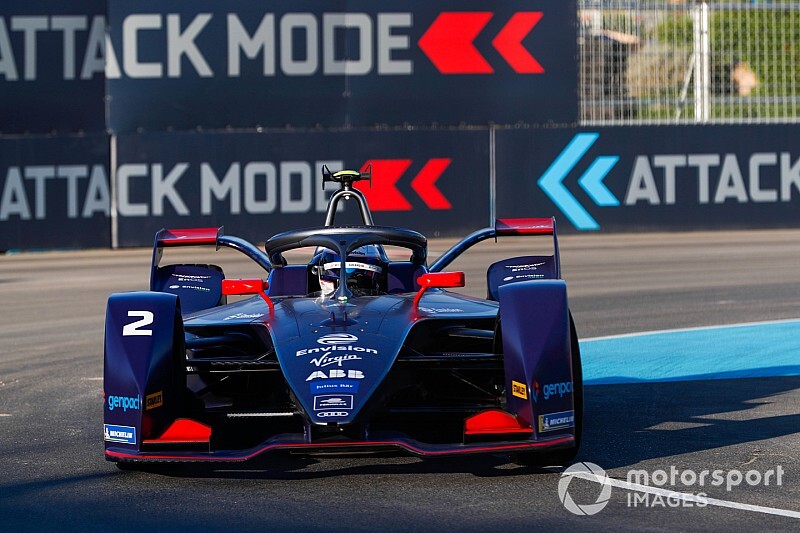 Envision Virgin Racing’s Sam Bird set the fast time across the practice sessions for the 2019-20 Formula E season-opening Diriyah E-Prix, where the drivers struggled with the new low-grip surface.

As Motorsport.com reported on Thursday, the sand sitting on top of the new asphalt at the Riyadh track created very low grip conditions – which were exaggerated by the low temperatures at the start of the day on Friday.

In FP1, which was topped by Bird’s Virgin teammate Robin Frijns on a 1m16.137s, NIO 333 driver Ma Qing Hua crashed on his out lap – bringing out the session’s first red flag.

Brendon Hartley (Dragon) later caused the season’s second practice red flag when he lost the rear of his car at the looping left of Turn 4 after running over a crumbling asphalt patch and clouting the wall with the left-rear of his car and breaking its suspension.

Ahead of FP2, the wall on the inside of Turn 4 was moved further onto the track to cover up a manhole cover – which had been added to improve drainage at the track following the wet weather that impacted on the inaugural event last year – where the asphalt was breaking apart.

When the drivers were allowed to accelerate back to normal speeds, they were severely struggling for grip all the way around the lap – with the sandy surface off-line particularly perilous.

That remained the benchmark until the closing moments of FP2, where a flurry of fast times were set.

Rowland and his Nissan teammate Sebastien Buemi both took hold of P1 before Venturi Racing’s Edoardo Mortara moved ahead and looked to have that position locked down when the chequered flag fell.

But Bird was among the drivers still on a flying lap and he shot back to the top spot with a 1m14.353s – the only sub 1m15s lap of the session.

Mortara held onto third ahead of Buemi and Rowland, with Daniel Abt (Audi) and Mahindra Racing’s Jerome D’Ambrosio taking sixth and seventh respectively ahead of Frijns.

Reigning champion Jean-Eric Vergne finished 11th in FP2, but he had a bizarre end to the session when he clipped the back of Alexander Sims’s BMW Andretti-run car at Turn 18 – the race’s first corner – on his final flying lap.

Sims ended the session in 14th ahead of Jaguar’s Mitch Evans, who also lost out due to an incident at Turn 18.

Evans looked set to jump up the order when he encountered Nyck de Vries and Buemi battling for track position at the left-hander and he had to back out of his lap.

James Calado ended up 22nd for Jaguar but he also looked set to improve before being hampered by an issue in traffic.

As Calado approach the right-hand kink of Turn 20 he encountered Abt running slowly on the racing line and had to take the corner wider than usual, going onto the slippery off-line route and striking the wall on the exit, picking up a puncture.

Calado returned to the track at the end of session, with Ma finally making his brief FP2 appearance late-on to take P23.

Hartley did get out early in FP2 after repairs were made to his car, but he came in again without setting a representative time after reporting braking issues.

Both the Calado/Abt and Vergne/Sims incidents are currently under investigation. 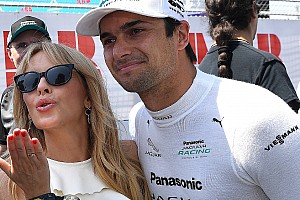