For the 2019/20 season, which got underway with two races in Riyadh last month, a change to FE’s sporting rules has been made so that a set amount of energy will be deducted from each car after in-race interruptions such as safety car periods and full course yellows.

The exact amount is determined by the length of the suspension and is equal to 1kW/h per minute for the duration of the caution period.

The system was tested by a pair of non-competitive race simulations in pre-season testing at Valencia in October, which were intended to ensure a smooth operation of the system for the new campaign.

The new rule was used in the first of the two Diriyah E-Prix races after a late-race clash between Daniel Abt and Antonio Felix da Costa broke Abt’s wing and led to him crashing out.

Lotterer, who finished second for Porsche in that opening race, said he thought the new rule “does produce a bit more civilised races, especially from the beginning”.

“[Drivers] betting on safety cars or anything and driving flatout [cannot do that anymore], so it's nice because you can be a bit more strategic and things make a little bit more sense,” he added. “So I think it's a good way to do it.”

Stoffel Vandoorne finished third in the same race for Mercedes, which was won by Virgin Racing driver Sam Bird.

When asked for his thoughts on how the new rule worked in full race conditions, the Belgian said: “I think that adds a little bit of more strategy to the race.

“In the beginning it looked a little bit more calm because everyone was trying different things – saving a bit more or not. So, I think it's good for us.” 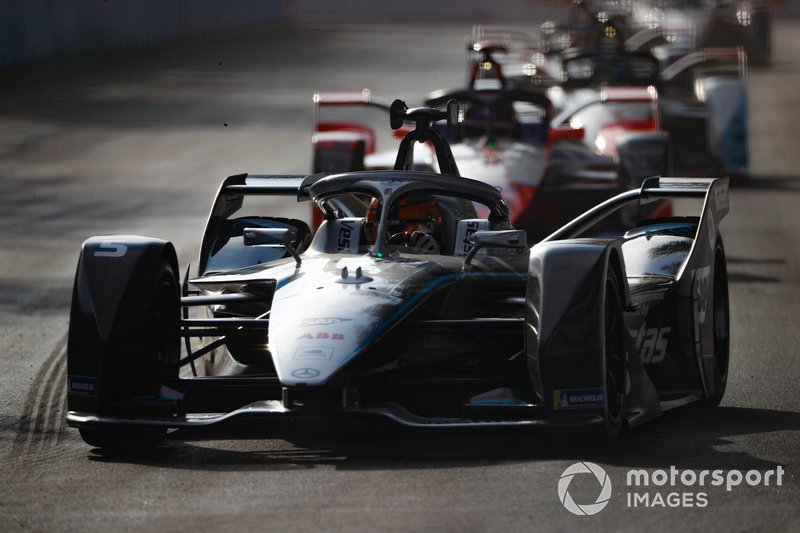