Vergne was in quarantine before Marrakesh podium charge 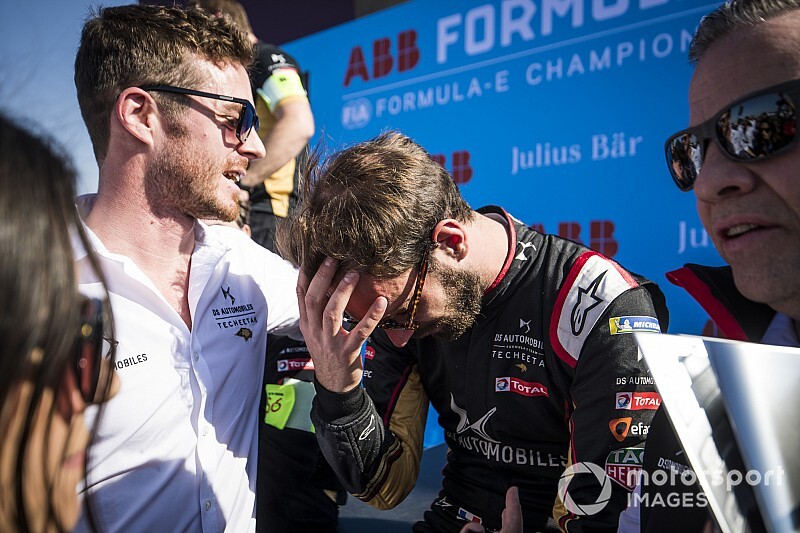 Jean-Eric Vergne says the Marrakesh E-Prix “was definitely my most difficult weekend in Formula E” after he served a hospital quarantine before scoring a surprise podium.

The DS Techeetah driver was forced to miss the first practice session of the Morocco weekend when he fell ill with a virus.

He returned for Saturday, qualified 11th and then climbed to an eventual third place in the race.

Vergne had held second place in the closing laps but lost out to the BMW of Maximilian Gunther on the final tour while braking for Turn 11.

The reigning champion revealed in the post-race press conference that the severity of his illness has forced a trip to hospital.

“It was definitely my most difficult weekend in Formula E,” he said. “Not really because of the on-track activities but outside the track.

“Yesterday I was kept in a quarantine in hospital in Marrakesh. I can let you imagine how my day was.

“I was feeling a little bit better but I was in a five-square-metre bedroom. It was very, very hard and then for the last three days I had 40 degrees fever, so I was not at my best.”

Vergne added that although he tried to ignore the sickness in the race, he had asked his engineer to tell him his track position.

“In the race I think I forgot about my head [aches] and just did everything that I could.

“I remember at some point I asked my engineer what was my position because I couldn't see the leaders.

Vergne opted not to run on to the podium, as per FE conventional, and also sat out the post-race media pen.

“I have to say, what's impressing me the most today is this guy!” said da Costa. He had a tough week and he's here on the podium with us so I'm super happy.

The new points leader added that his Marrakesh victory served as revenge for his crash in the event last year, which cost him the win.

He had been a long-time leader of the 2019 race, but collided with his then BMW teammate Alex Sims on lap 25 of 31.

Da Costa locked up while braking to defend the position and a crash into the wall forced him to retire.

He said: “I was thinking about that when I was coming in. I wanted revenge.

“To be honest, on those last three laps I had a little bit of a gap and kept looking at that wall into Turn 7 and was like 'no thank you. Not this time'.”