Ex-Formula 1 driver Pascal Wehrlein set the fastest time of 2019 Formula E pre-season testing so far to lead the way on the final morning at Valencia. 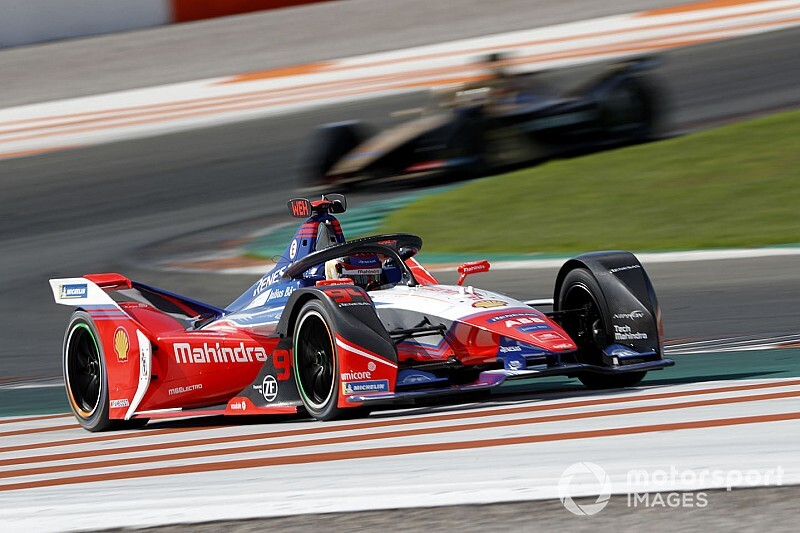 Mahindra Racing’s Wehrlein grabbed the top spot as the three-hour session entered its final 15 minutes, which were then cut short when BMW Andretti driver Alexander Sims crashed at the chicane on the start/finish straight.

Wehrlein’s 1m15.190s is 0.187s quicker than Robin Frijns’s best time from the second day of the test on Wednesday.

Dragon Racing driver Nico Muller trailed Wehrlein by just 0.008s in second place, with DS Techeetah’s Antonio Felix da Costa shuffled back to third after leading most of the running on Friday morning.

Maximilian Gunther finished fourth for BMW, ahead of Sebastien Buemi (Nissan e.dams) – who also enjoyed a brief stint at the top of the times – and Sims, who damaged the right-front corner of his car in the session’s dying moments.

Sims hit the barriers at the exit of the tight right-left-right chicane on the Circuit Ricardo Tormo’s main straight and pulled over, which caused the only red flag of the morning and ended the session a few minutes early.

Audi drivers Daniel Abt and Lucas di Grassi ended up just outside the top 10 in 11th and 12th.

New FE entrants Mercedes and Porsche had a quiet start to Friday, with Stoffel Vandoorne and Nyck de Vries taking P15 and P20 for the former.

Porsche pair Andre Lotterer and Neel Jani were 16th and 22nd, as NIO’s Oliver Turvey and Ma Qing Hua brought up the rear of the field.

The test will conclude with a final three-hour session on Friday afternoon, which will start with another ‘test race’.