Valentino Rossi will return to the grid for the fourth edition of the MotoGP Virtual Race, which will feature a MotoE race for the first time. 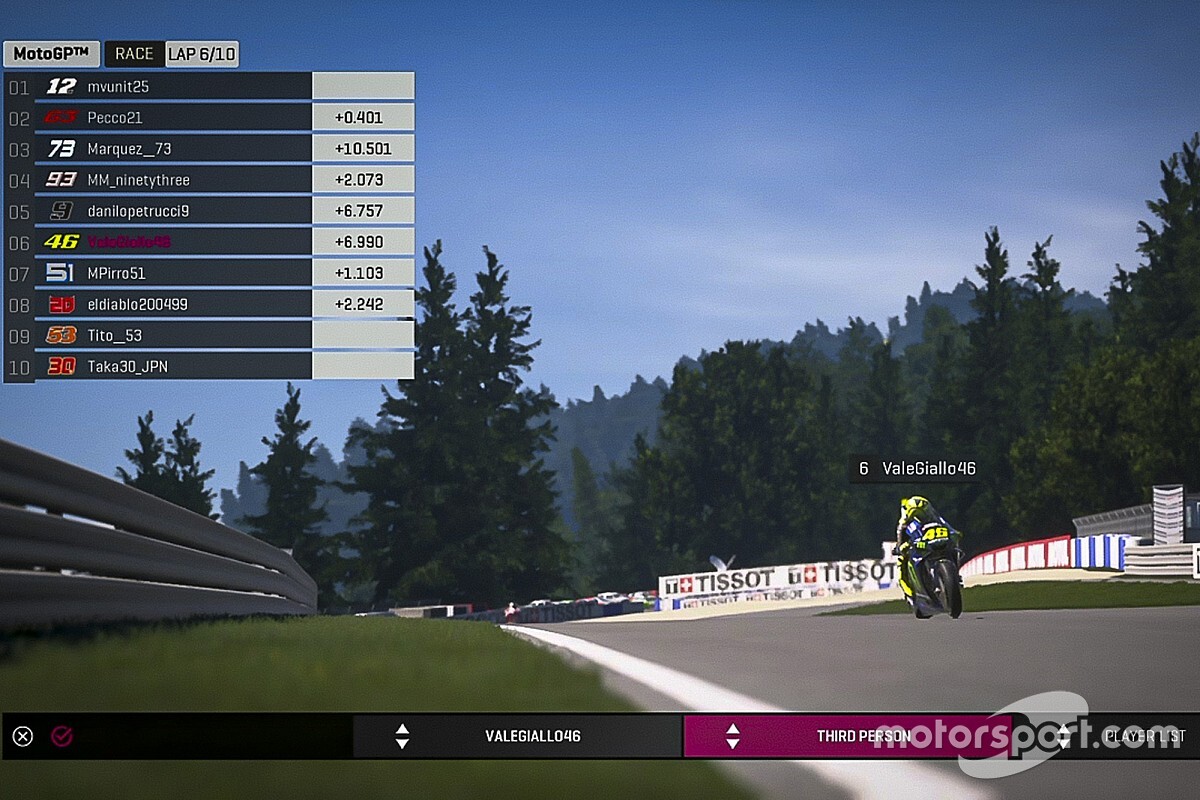 The coronavirus crisis has forced the first 11 rounds of the 2020 MotoGP season to be either cancelled or postponed, with the campaign aiming to start in late July at Jerez.

In the absence of real-world competition, MotoGP has organised Virtual Races on the official MotoGP video game with grids made up exclusively of current MotoGP riders.

After missing the Virtual GP of Spain last time out, won by Monster Energy Yamaha teammate Maverick Vinales, Rossi headlines an 11-rider grid for the Misano event – taking place when the actual French Grand Prix was scheduled at Le Mans – while it will be the second time the new MotoGP20 video game will be used following its launch.

The event has been shaken up with MotoE acting as a support race for MotoGP, with the Moto2 and Moto3 classes missing, as inaugural MotoE World Cup winner Matteo Ferrari stars on the entry list for Gresini.

Fresh from signing a new Suzuki contract, Joan Mir will be the team’s representative, as Italian test rider Lorenzo Savadori fills the same role for Aprilia.

Previous rules confirmed by MotoGP had stipulated 11 teams can field one rider each, though Honda is exempt as reigning champions, but with no KTM representation Rossi has been granted the spare spot with Yamaha.

The MotoGP race will be contested over nine laps, while the first-ever MotoE virtual race will cover five laps. The event will get underway at 2pm BST on Sunday 17th May and will be broadcast worldwide.

For more on the exciting world of Esports, check out Motorsport Games.