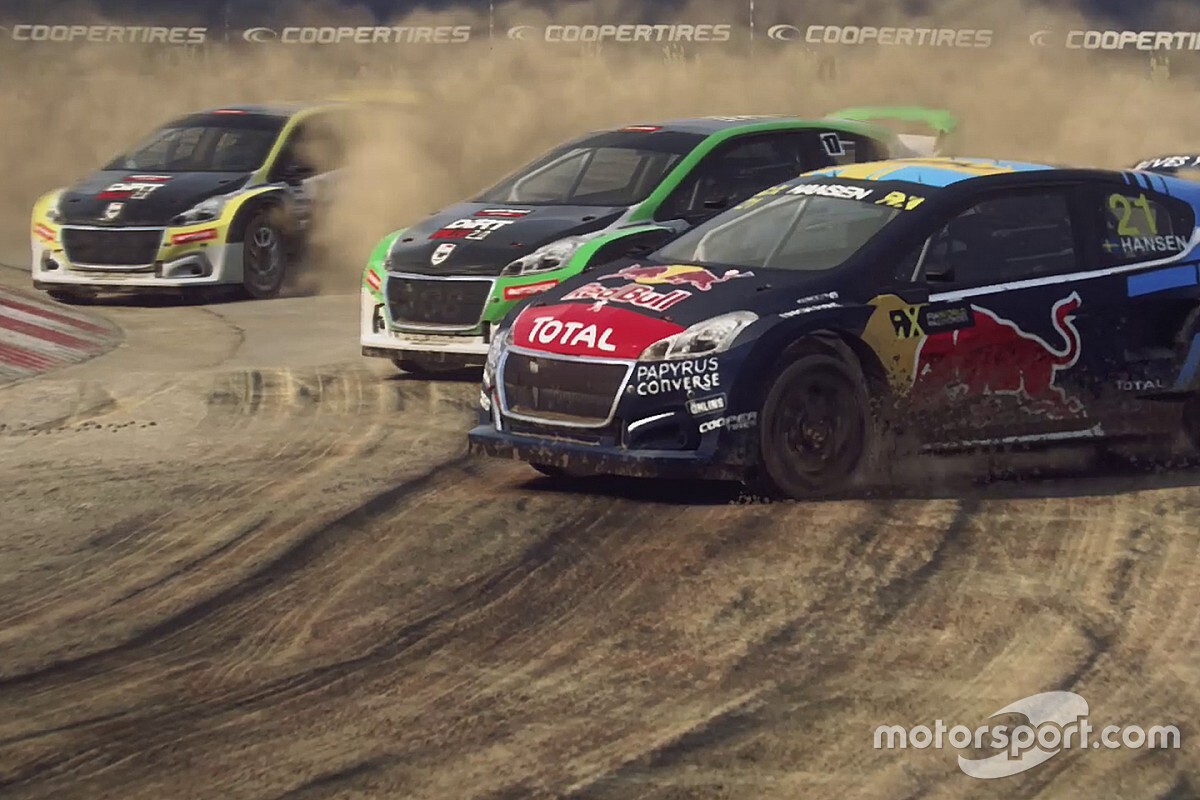 World Rallycross Champion Timmy Hansen will enter the first round in a new Esports Invitational Series for the discipline this weekend with unfinished business from the real-world 2019 season-opener at the Yas Marina Circuit.

In the first and so-far only World RX event at the Abu Dhabi Formula 1 venue, Hansen was quickest in the opening two qualifiers last season in what would be his title winning campaign, but contact with title-rival Andreas Bakkerud in Q3 put him out of the event. Bakkerud also failed to make the semi-finals as a result of the incident.

The pair will resume battle on the 1200-meter-long, 63% asphalt 37% gravel circuit located in the stadium section at turn 7 of Yas Marina’s Formula 1 lap on Sunday.

Hansen has already taken part in the first two standalone World RX Esports Invitational events, which is run in partnership with Esports specialist Motorsport Games, on the Spanish and Portuguese World RX circuits, on Codemasters’ DiRT 2.0 game, while Bakkerud raced in the first event but missed out on a place in the final after a battle with Czech Esports driver Lukas Mateja.

The Norwegian won’t face the same scenario this weekend however, as for the new series, real-world and Esports drivers have been split. While the ‘pro’ class for real-world drivers will feature four qualifiers, semi-finals and final like a real-life event, in the 2.5 hour long broadcast, 10 Esports racers will also take part in a pair of semi-finals and a final in the last hour of the programme.

Kevin Hansen scored his maiden World RX win at Yas Maria in the real-world event last year and like his World Champion brother has embraced the Esports movement during the COVID-19 pandemic.

Australian Supercars star Shane Van Gisbergen entered the Portuguese World RX Esports event earlier this month with modest expectations but finished on the podium. For the Abu Dhabi event, the first in a four-round series, he is joined by another Supercars regular, Charlie Schwerkolt Racing’s Scott Pye.

1984 World Rally Champion Stig Blomqvist was a rallycross regular through his driving career, and this weekend his son Tom Blomqvist will follow in his footsteps into the rallycross world as part of the 20-strong pro driver line up.

A number of names from elsewhere in motorsport, like Audi endurance racer Kelvin Van Der Linde and drifter Tessa Whittock, will also compete, along with a host of drivers from World RX, including Rokas Baciuska and Oliver Bennett.

SET Esports driver Dall’olmo took the win on-track in the Portuguese event at Montalegre, but following a jump start penalty it was his brother Quentin Dall’olmo who claimed the victory spoils.

The Yas Marina round of World RX Esports series will be broadcast live on Motorsport.tv.