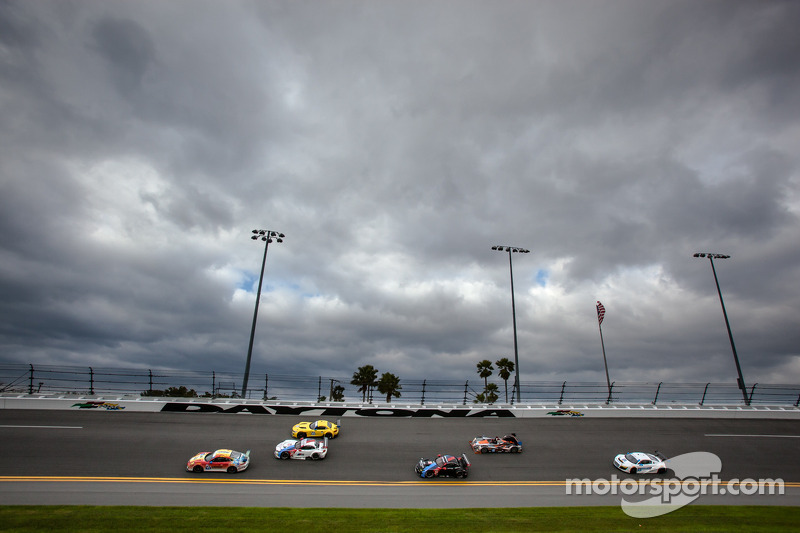 The moment we've all been waiting for since the merger between the American Le Mans Series and the Grand-Am series was announced in 2012 is finally upon us. The Rolex 24, opening round of the TUDOR United SportsCar Championship, will make history when the green flag drops on at total of 67 cars on Saturday, January 25th. The combination of prototype and GT classes from both series will all be on track and racing together for the first time.

As is usually the case with the classic endurance race, big name drivers from other series, as well as factory drivers from major manufacturers will be on hand to keep their skills sharp during their respective series' off season. It's a veritable who's who of the racing world, with the likes of NASCAR drivers Jamie McMurray and Kyle Larson joining IndyCar drivers Scott Dixon and Tony Kanaan in a pair of Chip Ganassi Racing Riley DPs as well as Ryan Briscoe in the No.3 Corvette C7.R racing in the GTLM class against fellow openwheeler Graham Rahal in the No.56 BMW Team RLL Z4 GTE. The GTD class, reserved for cars that were once in the Grand-Am GT class, will see a slew of factory Porsche, Ferrari and Audi drivers crossing the pond to lend a hand to private teams such as the Flying Lizards Motorsports entries, Park Place Motorsports and Dempsey Racing.