Chaz Mostert is set to make his Sebring 12 Hours debut as part of his 2020 BMW deal, while his anticipated TCR campaign is now unlikely to go ahead. 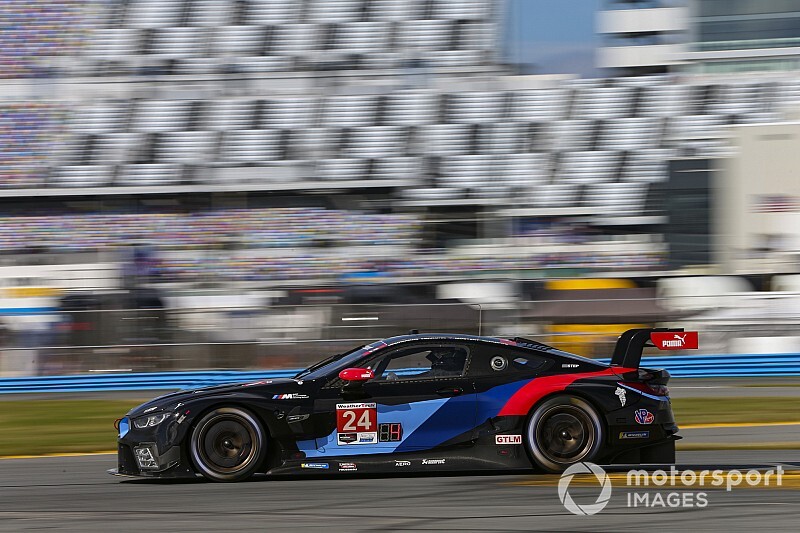 The Supercars ace will make his third consecutive cameo as part of BMW's global GT line-up this year, with a compact schedule squeezed in between now and March.

His programme will start in an M8 GTE at the Rolex 24 at Daytona in just under a fortnight, before he joins the Walkenhorst outfit in an M6 GT3 for the Bathurst 12 Hour on the following weekend.

Mostert will then make his Sebring race debut back in the M8 the weekend after the second Supercars round at Albert Park.

"I'll be doing three races for BMW this year; Daytona and the Bathurst 12 Hour, which doesn't affect the Supercars schedule at all, and then one fly-away after the Australian Grand Prix to Sebring for the GT LM race in IMSA," Mostert confirmed to Motorsport.com.

"That'll be a new one for me. I've tested there but I've never raced a car there, so that's pretty exciting. Everything else is a little bit unknown, on [the BMW] side."

Only one full line-up from the three races has been formally confirmed by BMW Motorsport, with Mostert set to partner John Edwards, Augusto Farfus and Jesse Krohn in the #24 RLL-run M8 at Daytona.

TCR off the table

Between the BMW schedule and his sensational off-season switch to Walkinshaw Andretti United in Supercars, Mostert has elected to not pursue a full TCR Australia programme for 2020.

Mostert has long been linked to the local TCR series through his association with the Morcom family, which runs the title-winning HMO Customer Racing Hyundai squad.

Having had plans to race in the series last year shut down by then-Supercars employer Tickford Racing, the move to WAU – not currently aligned to a manufacturer in a full factory sense – opened the door for a 2020 programme with HMO and Hyundai.

However Mostert has since opted to shelve his TCR plans again, hinting at the commercial realities of doing deals in what is a customer-based series.

"For me there was a lot of interest in doing TCR – and there was only a couple of teams that I would have done it with," Mostert said. "But it got a little bit hard.

"I've been lucky to become established in Supercars, but with TCR and where it is at the moment, there were more aspects that needed to be focussed on to make it happen. And it was a bit too much to work out for this year."

HMO boss Barry Morcom confirmed that the team's 'Plan A' for 2020 has fallen through, with the team on the hunt for at least one more driver to partner reigning champion Will Brown and Nathan Morcom.

"We have been working quite hard on one particular driver, but unfortunately, he is no longer an option for us," Barry Morcom told the TCR Australia website.

"We’ve been talking with multiple people for the third or fourth car in our stable, but are yet to put pen to paper. Enquiries from drivers are most definitely still welcome as we are geared up and ready to go."

Mostert may still make one-off appearances for HMO, however, with the new two-driver Bathurst International race a target.

"Without a doubt," Mostert added. "Any time you can race at Bathurst... it doesn't matter if it's in a Formula Vee or something really fast. Laps around there are crucial and it's always great fun.

"It's busy at the start of this year, but we've got time to see how that pans out throughout the year."

Mostert and Nathan Morcom has enjoyed success at Bathurst before, the pair teaming up to win the Bathurst 6 Hour in a BMW production car back in 2016.