Rahal will partner team regulars Helio Castroneves and Ricky Taylor at the wheel of the #7 Acura ARX-05 for the 10-hour race at Road Atlanta on October 12, reprising the 'third driver' role he played for Penske last year.

For the opening two rounds of the 2019 IMSA season at Daytona and Sebring, Alexander Rossi was drafted in to join Castroneves and Taylor, but the IndyCar title contender will be contesting the Bathurst 1000 Supercars race on the same weekend.

“It will be great to team up with Helio and Ricky again as they close out the season and we’ll be working to get the best possible result to help Acura lock up several championships that weekend,” said Rahal, who currently lies ninth in the IndyCar standings.

“I really enjoyed working with Acura and everyone at Team Penske last year and I have missed racing with them this season. But when this opportunity came up for Petit Le Mans, it was an easy decision. I hope I can help them win one of the biggest races of the year.”

Montoya and Cameron hold a seven-point advantage over Action Express Racing Cadillac pair Pipo Derani and Felipe Nasr with two races still to run, helped by back-to-back wins earlier in the season at Mid-Ohio and Detroit.

Castroneves and Taylor are joint-third in the table alongside Mazda driver Jonathan Bomarito, winner of two of the past three IMSA races with Harry Tincknell, 17 points off the lead. 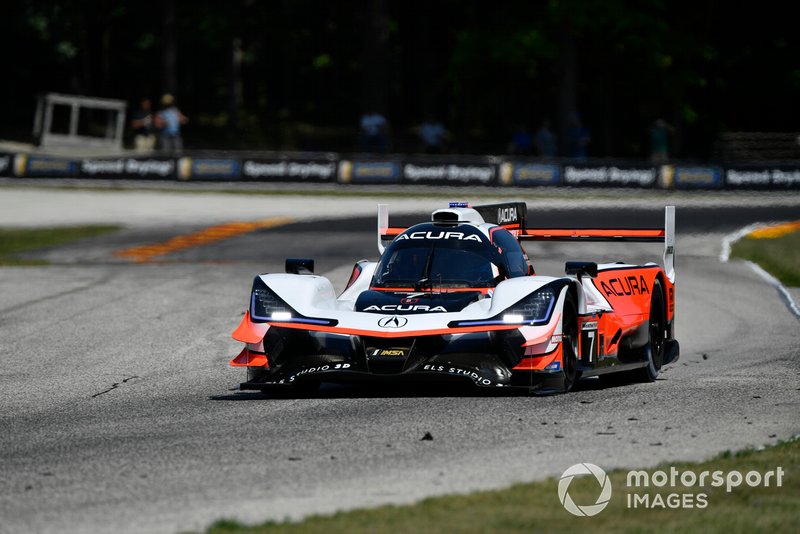 McLaughlin on TMS shock: “Most happy I’ve ever been finishing 2nd”